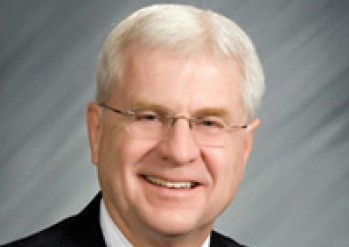 Charbonneau said applications for the four-month, Indianapolis-based paid internships are available online at www.senaterepublicans.in.gov/internship.htm and due by Oct. 31.

“Graduate and undergraduate students who are interested in state government should apply now for a spring internship with the Indiana Senate Majority Caucus,” Charbonneau said. “All academic majors are welcome with some intern positions being especially appealing to students studying communications, criminal justice, business, education, health, history, photography, political science, public relations and telecommunications, among others.”

Qualified candidates should have successful academic backgrounds and will be teamed with full-time press secretaries and legislative assistants, he said.

Interns are invited to attend the General Assembly’s ceremonial Organization Day in mid-November and officially begin their internships with an orientation at the end of December. The internships last the duration of the legislative session, which by law is scheduled to end by April 29.

According to Charbonneau, students should plan to live in or near Indianapolis, because of the varied work schedule. A $700 bi-weekly stipend is paid to help interns with expenses.

Charbonneau said academic credit for the internship varies from college to college and is determined by their academic advisors. Interns often arrange correspondence or independent courses. A three-credit-hour state government course, conducted at the Statehouse throughout the session, is available to all interns.

At the end of each year’s legislative session, Verizon Communications offers a $3,000 scholarship to the top intern from each of the caucuses – Republican and Democrat. Additionally, each caucus awards a $1,000 scholarship in memory of longtime Senate staffer Rick Gudal.

Charbonneau said for more information about internships with the Indiana Senate Republicans, students may contact Jennifer Carlton, intern coordinator, by calling her toll-free at 800-382-9467.