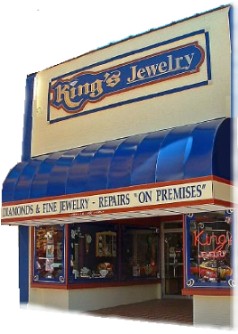 Plymouth Police Units were dispatched to King’s Jewelry, 202 North Michigan Street at 5:16 p.m. Friday in reference to a theft.

The suspect 28 year old Donald R. Dickson Jr. had been in the jewelry store looking diamond engagement rings.  He left the story and returned later requesting to view all the rings he had looked at.  At one point he allegedly gathered up the rings and left the store.

Dickson was traveling on a bike and was seen going down the alley behind King’s Jewelry Store heading north.  He was seen going into an apartment at 600 North Michigan Street.  Plymouth Police Officer Jessie Pippenger said after the suspect’s father and renter of the apartment arrived officers made entry into the apartment.

Donald Dickson Jr. was located inside the apartment along with the property stolen from King’s Jewelry.  The rings taken from the jewelry store had an estimated value of $9,000.

Dickson was taken into custody and transferred to the Marshall County Jail where he was booked in for theft under $100,000 of value.  His bond was set at $10,000.  His initial court hearing was scheduled for July 27th in Marshall Superior Court I.