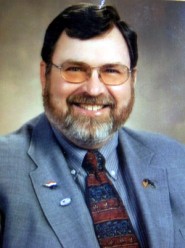 12/09/13 Marshall County Prosecuting Attorney, David R. Holmes, announced Sunday that he would not be a candidate for re-election in 2014.  Holmes noted he was first elected in 1970 and that he would be 71 years old when he completes his current term. The filing period for the next election begins after the first of the year and he stated he thought now was an appropriate time to make his intentions clear.

Holmes was elected to four full terms, served part of another to fill out the term when the elected Prosecutor was appointed Circuit Court Judge.  He also served four years Chief Deputy Prosecutor.