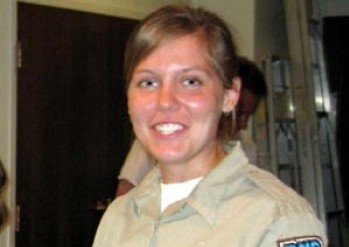 Three employees of the DNR Division of State Parks and Reservoirs, were recently honored with the Monarch Award from the division.  Among those was Marie Hamstra of Potato Creek State Park

This annual award is the division’s way of recognizing its seasonal interpretive naturalists, heritage interpreters, and tour guides who have displayed and implemented an innovative program or project that has benefited the property, the division, or the interpretive profession.

Marie Hamstra of Potato Creek in North Liberty received a Monarch Award for her assistance in managing the park’s nature center, oversight of Young Hoosier Conservation Corps workers, and assisting during two large special events that drew several thousand visitors.  This award is usually given to interpreters that have been working for several years.  Hamstra received it for accomplishments during her first year as an intermittent interpretive naturalist.

The recipients’ names will be engraved on a plaque along with past winners displayed at the division’s main office in Indianapolis.

The first Monarch Award was presented in 1993, and the tradition carries on today, when the award is presented each year at the annual interpreter’s training session in May.