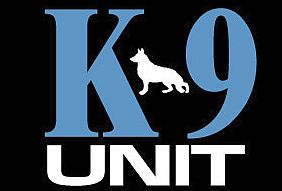 05/22/12 Marshall County Sheriff Tom Chamberlin received a favorable nod to proceed with the acquisition of a new K-9 Unit for his department during the Commissioners meeting Monday. In June of 2012 Xato, the County’s K-9 was retired.

In laying out the proposal the Sheriff said he had three candidates from his current merit officers who have applied for the position.  They will go through a testing procedure and interview for the selection process.  He hopes to have the officer in place by July.  They will select the dog in August and in September the officer and his K-9 will begin the 12 week training process in Denver, IN at the Vonhe Licke Kennels. Chamberlin made it perfectly clear that this is a lateral move for an officer and not the addition of a new officer.

The Sheriff said they have been working on policy changes and he will be presenting them to the Merit Board on June 12th for review.  He also discussed historical issues with the pay for K-9 officers and explained that his K-9 unit will work seven and a half hours on the road with the remaining half hour for handler care of the dog.  He explained the FSLA standards for pay and said the officer will receive thirty minutes every day for regular care such as feeding, grooming and play.

Although the cost of a K-9 from Vonhe Licke is $16,500 the additional funds will be used to purchase an approved kennel that will be at the officer’s home along with re-fabricating the current car kennel utilizing a vehicle in the current fleet.

Commissioner Kevin Overmyer asked for a separate fund line in the budget for ease of tracking.

In other business Sheriff Chamberlin was granted permission for out-of-state travel.  He and Assistant Chief Ron Babcock will attend the National Sheriff’s Conference in Nashville next month.  Sheriff Chamberlin also discussed his request of $125,000 in next year’s budget higher profile vehicles.  He did note that he has two decommissioned vehicles in the parking lot along with two reserve units and a spare patrol vehicle and then the commissions for two officers that live outside of the County and must park their vehicles at the Sheriff’s Department.

The final item was the Meals-On-Wheels agreement.  The memorandum of understanding between the Sheriff’s Department and the Marshall County Council on Aging which will run till the end of the Sheriff’s term was approved.