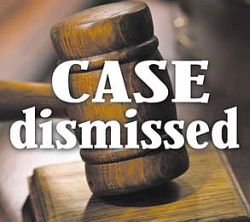 06/12/12  Late last Friday afternoon, Federal Judge Tanya Walton Pratt entered an order dismissing the City of Plymouth from a lawsuit involving the City’s K-9 Unit which was filed by Kevin D. Miller in January of this year.

In the lawsuit, Mr. Miller named Plymouth as a defendant among approximately 50 other municipalities, all of whom had K-9 Units trained by Vohne-Liche Kennels. Miller alleged that the dogs trained by Vohne-Liche were unreliable and he requested an injunction preventing the named municipalities from using their dogs until each dog could be tested. At this time, all claims against Plymouth and the other named cities, towns, and sheriff’s departments have been dismissed in the Southern District Federal Court. The City has filed a motion for sanctions against Miller requesting compensation for expenses and fees incurred in the case. That motion remains pending with the court.