Ike Huls to Celebrate 70th Birthday with a Party 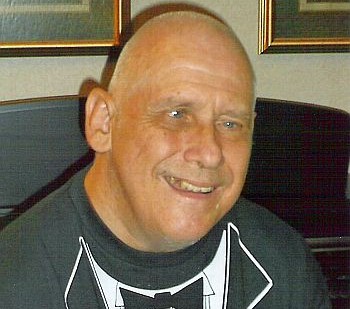 Ike Huls would like to invite his family and friends to a 70th birthday party open house at his residence Miller’s Senior Living Community located at 625 W. Oakhill Ave. in Plymouth. The party will be held in the facility’s Oakhill café from 1:30 p.m. – 3:30 p.m. on Saturday, September 25, 2010. Refreshments will be served.

Ike was born in on September 23, 1940 to Albert Huls and Mildred (Smith) Huls in Hunington, In. Ike was born with cerebral palsy and his parents were told he would not live or if he did live he would need to be put in an institution. His parents refused to accept this fate for their newborn son and his mother immediately found the correct help Ike needed to flourish and grow. Ike attributes his mother’s determination and his own perseverance to the fact that he is celebrating his 70th birthday.

Until the age of 13 Ike was unable to walk. He crawled where ever he went. Ike’s mother decided she would find a way to help him walk. By this time the family was living in Knox and Ike’s mother knew the Governor of Indiana, Henry F. Schricker. She went to Indianapolis, marched up to his office and stuck her foot in the door and told him she needed help. Governor Schricker looked up and said,

“I’ll see what I can do.” Within two weeks Ike was at Riley hospital and became what he calls a “guinea pig” for the leg surgery that stretched his tendons and allowed him to walk upright. This surgery is still used today.

Next, Mildred decided Ike needed help with his speech. She arranged for him to travel to Indiana University in Bloomington on a train where he stayed in a group home during the summer months for three years and two years during the winter. He worked with speech therapists and learned to speak so others could understand.

After arriving home from his surgeries and speech therapy Ike was enrolled in the fourth grade in the Henry F. Evans school in Hobart Township. After finishing eight grades of school the school board told Ike he was 16 and didn’t need to comeback so he stayed home for two years. But, Mildred had other ideas.

In her persuasive way Mildred had a discussion with the school board and they agreed Ike should go back to school. Ike enrolled in River Forrest High School in East Gary where he graduated in 1963 in the top half of his class.

Ike came to the Plymouth area with his parents in 1971 living in the country between Plymouth and Culver. Ike felt isolated being in the country but soon developed many interests that he still enjoys today. Ike collects trains, cars, and friends. Ike is liked by everyone he meets and doesn’t know a stranger. Ike likes to say he does things “his way”.

When Ike’s mother died in 2005 he found himself isolated once again and lonely. Within the year he made the decision to move to Miller’s Senior Living Community where he would enjoy being around people and make new friends and enjoy new experiences. Ike continues to collect cars and friends. He enjoys using the computer, riding through the neighborhood on his scooter, music of all kinds and he loves to exercise at LifePlex twice a week.

A highlight in Ike’s life has been representing Miller’s in the Blueberry Festival parade twice as the Mardi Gras King of 2008 and 2010. Throughout the parade route there were shouts of “There’s Ike”, and “Hi, Ike”. Everyone seems to know Ike. Not bad for a 70 year old who wasn’t expected to live past his first birthday.