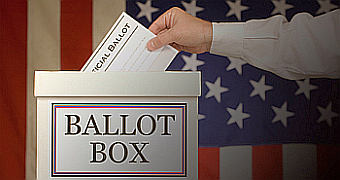 David Holmes, Chairman of the Marshall County Republic Party announces the opportunity to fill the November ballot for the North Township Board.
A caucus will be held at 4:30 p.m. on Monday, June 30th at the Marshall County Republican Headquarters, 117 Water Street in Plymouth. The party would like to fill the three vacancies on the November ballot for the North Township Board. Anyone interested in getting on the ballot should file a Declaration of Candidacy no later than 72 hours in advance of the meeting. The declaration should be filed with David Holmes, P.O. Box 102 Plymouth IN 46563.
Tuesday the Republic Party held a caucus to fill the November ballot in Walnut Township. Two candidates were selected to be on the ballot; David Stults and Ken Dowdle.