One Airlifted from Crash on US 30 at Beech Road 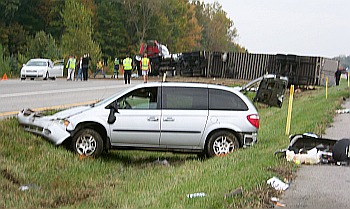 10/16/13 Marshall County Police are investigating a three vehicle crash that occurred on US 30 at Beech Road Tuesday afternoon. 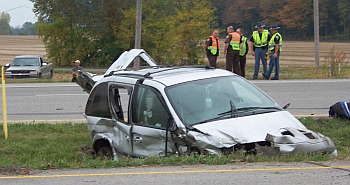 The 9-1-1 call came in about 3:40 with the callers indicating a van  had been hit by a semi and the driver of the van being ejected from the vehicle.  The van driver was airlifted by MedFlight from the scene to Memorial Hospital in South Bend.  The driver of the semi was not injured. 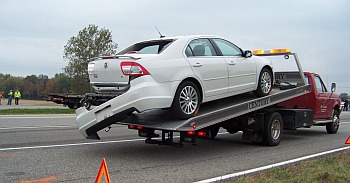 A third vehicle was involved when the semi clipped its rear bumper as it crossed the west bound lanes of 30. 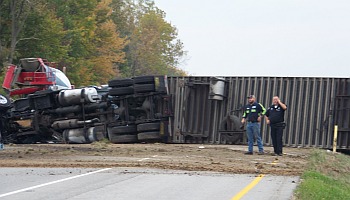 Details have not been release but police did confirm that the van was south bound on Beech Road and struck by an east bound semi.  After impact the truck veered to the left and crossed through the median and flipped on its side blocking the westbound lanes of US 30. The trailer split open allowing its contents to spill across the highway. 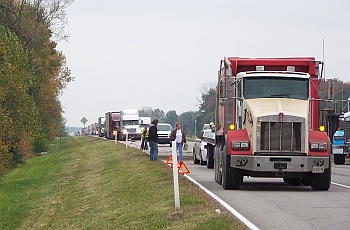 Traffic on US 30 was stalled for a short time and then the east bound lanes were opened.  Westbound traffic was detoured at State Road 19 for several hours as emergency responders cleaned the scene.