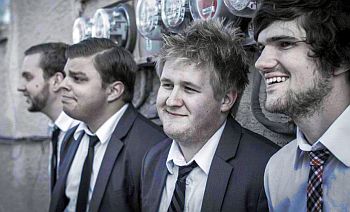 06/27/12 This Saturday, June 30, the Town of Argos, as part of their July 4th celebration, will be offering a free concert in the Argos Community Park.   The show will begin at 7:00 and will feature The WhiteWall Gentlemen from Nashville, TN; with guest Justin Hall.  The WhiteWall Gentlemen have performed at such Nashville venues as the Hard Rock Cafe and 12th and Porter. They have released two CDs, which will be available at the concert. Their drummer, Mackenzie Williams, is a 2009 graduate of Argos High School. The four members of the band are all currently students at Belmont University in Nashville.