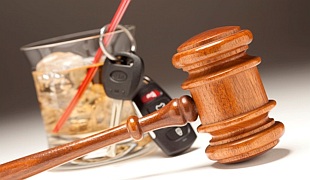 On Thursday, July 02, at approximately 11:45 PM, a traffic stop was conducted on a white ford pickup truck at State Road 10 just west of US 31 by Officer Carrell of the Argos Police Department.

During the traffic stop Officer Carrell detected the odor of alcohol coming from inside of the vehicle. After getting the driver out of the vehicle it was determined he had been drinking alcoholic beverages prior to the traffic stop. Officer Carrell then conducted field sobriety tests on the driver, 36 year old Jesus Ruiz Jimenez of Akron, and concluded he needed to further his investigation. Mr. Jimenez was transported to the Saint Joseph Regional Medical Center where further test were completed.

With the results of the test, Mr. Jimenez was then taken to the Marshall County Jail where he was booked in on a class A misdemeanor of operating a vehicle while intoxicated with .15% or higher blood alcohol content.

A criminal charge is merely an accusation. Every defendant is presumed innocent until or unless proven guilty.