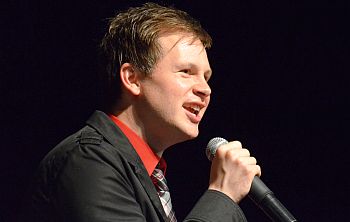 06/05/12 The biggest reunion of the summer takes place on June 15 as the Plymouth Alumni Association will host the annual Alumni Banquet at Plymouth High School starting at 6 p.m.

Along with welcoming Dr. Robert Vore, Suellen Glaub Long and Dr. Arthur Becknell Jr. into the Distinguished Alumni Hall of Fame, Banquet goers will enjoy another reunion after the dinner with 1995 graduate Denver Bierman returning to his favorite stage for a special concert. Banquet goers will have free VIP seating for the show, with a free cruise provided by Oliver Ford to be given away to a lucky banquet goer at intermission. Banquet tickets are available for $35 and concert tickets alone are available for $10. Proceeds go to support extra and co-curricular programs at the Plymouth Community School Corporation.

A veteran of network TV, and world tours with his band the Mile High Orchestra and with some of the music industry’s top acts, Denver admits that the PHS stage will always be his favorite.

“There are just so many firsts for me there – my first trumpet solo was on that stage, the first time I ever sang a song for an audience was there, all of my firsts are there which is one reason I love that stage,” said Denver from his home in Nashville. “It goes deeper than that though. I’ve been on a lot of stages in a lot of places all over the world since then, and it always hits me about what we had in Plymouth and how unbelievably good it was. I never stop being grateful for the fact that as a high school student I had a chance to act and play music on a top flight professional stage. As I’ve gone on that hasn’t always been the case. I’ve always been thankful to have had a first class facility like that to learn on when I was in school.”

Denver obviously learned those lessons well and as a father himself now has begun trying to teach them to children everywhere. Denver and the Mile High Orchestra recently took their first Dove Award for Best Children’s Album for their recently released record “Groovy”.

“It’s really kind of wild that two or three of the songs on that album we’ve been doing in concert for years,” said Denver. “For awhile now we’ve been incorporating some of those songs into our live show and we’ll definitely be playing some of them at our show in Plymouth. Honestly I think that the parents love the songs as much as the kids and its really a perfect fit with what we do.”

The future is a busy one for DMHO with several projects and tours in the works. 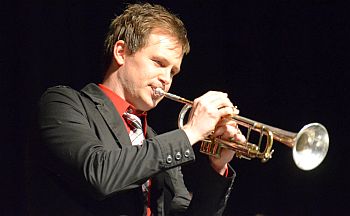 “The really exciting thing is that we have a children’s TV show in development,” said Denver. “We’re working with a top flight producer in David Campbell (Executive producer of the children’s animated series’ “Doug”, “PB&J Otter” and “Stanley”) we’ve found some financial backing and we really hope to have a pilot produced sometime in the next year. It’s been about a two and a half year process and I really think it’s the next phase of our career. A lot of things have really fallen into place and I feel it’s certainly the way God has been leading us.

“We’re certainly going to keep recording and touring and making the music we always have, but this could be a very exciting chapter for us.”

Tickets for the Alumni Banquet are available online at http://plymouthalumni.blogspot.com/ by calling 574-952-4444 or email plymouthschoolsalumni@gmail.com. You can also mail or drop off a check made payable to the Plymouth Alumni Association at 611 Berkley St., Plymouth IN, 46563.

Tickets for dinner that include VIP seating for the show are $35. Tickets for those wishing to attend the concert alone are $10.