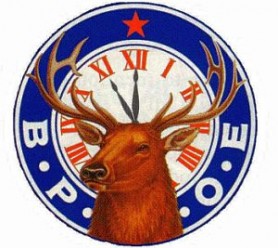 It was noted by the Excise Officer that the Culver Cove had low food sales.  They explained that the restaurant is closed and they are only doing banquet catering at the current time.

Also on the list for renewal was the Elks Lodge in Plymouth. Steve Jacobson, President of the Elks Club appeared before the local A.B.C. board to plead their case.  In May of this year a compliance check was conducted and alcohol was sold to a minor.

Jacobson explained the situation to the local board members.  He said two people came into the club and the female had an application for membership in her hand.  She indicated she was interested in joining the club and also renting the facility.  As they were sitting and discussing the organization and rental requirements the bartender came over and asked if anyone wanted a drink.  The female asked for water but her friend asked for and received a beer.

Indiana Excise officer Michelle Traughber asked if the club application had been filled out and if so, is membership automatic or does it require a vote.  Jacobson said the application wasn’t completed and it would be a board decision to accept or reject the applicant.

The Excise Officer explained that the club actually had two opportunities to verify age, once when checking for membership and or checking ID.

The Plymouth Elks Club paid the $650 fine and was approved for a 1-year alcohol permit by the local Alcohol Beverage board.

The Excise officer also warned them saying, “Typically you will be checked for compliance again and you should strictly enforce compliance regulations by checking ID’s and or proof of membership.”

The Marshall County Alcohol Beverage Commission also approved the permit request of Irene Lopez for a restaurant permit at Los Gordos at 119 Plymouth Street in Bremen.