Former Co-Owner of A.C.T. Pleads Guilty in US District Court 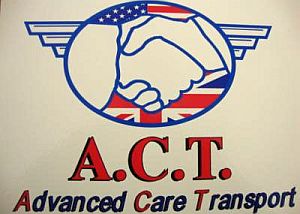 04/15/13 According to our news partners at WNDU, 41 year old Kori Ann Donovan, former co-owner of Advanced Care Transport which operated out of Plymouth from 2008 until 2012 pleaded guilty in US District Court to Medicaid fraud.

On Friday Kori Donovan admitted she devised and helped carry out a scheme to defraud Medicaid for approximately four years.  She said she billed Medicaid for some rides that never took place, and inflated the mileage on others that did take place in order to pump up the bill.

In a plea agreement the estimated cost of the fraud was more than $2.5 million and less that $7 million.  Donovan’s plea included a guilty plea of health care billing fraud and aggravated identity theft.

Sentencing is set for July.  The identity theft charge carries a mandatory minimum sentence of 2years, and since it doesn’t specify a maximum, that could be up to life in prison.  The judge did not Friday that a life sentence probably would not come into play in this case.  The max sentence on the fraud charge is 10 years.

The corporation for A.C.T. has been named as a co-defendant in the criminal case.