“Doctor in the House” Campaign Announced 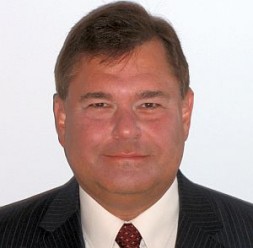 09/08/11 Greg Andrews, M.D. J.D., a South Bend resident and family medicine physician announced his candidacy last week for U.S. Congress, Indiana’s 2nd District, Republican ballot.    Dr. Andrews, who is both a physician and an attorney, recently worked as a staff physician at both the Indiana Health Center and Project Homecoming clinics in South Bend.    He had also previously lived in LaPorte, Indiana, where he worked as a family doctor.    His wife, Eugenia, is a physician assistant working in primary care.    They are parishioners at Holy Family Catholic Church in South Bend, and enjoy camping, hiking, and experiencing nature.

“Our country’s economy is ill and its healthcare system is also ailing.    There is also a lack of leadership regarding Medicare and Social Security.    I am running for Congress to create jobs, invigorate economic growth, and reform the healthcare system.  We need to put our country’s fiscal house in order.    Businesses are being hindered by federal regulations which are inhibiting job growth.    We must create an environment of economic confidence by providing the right business growth incentives for companies to create new jobs and invest in capital improvements.    We as a country and as 2nd District residents not only “can do better” but “must do better” to create a “New Era of Excellence.”    The foundation of this “New Era of Excellence” will depend on succeeding as an educated, motivated, and innovative nation. Investments in education and innovation are key building blocks in growing our economy.    In the 2nd District, we must match businesses’ needs with specific skilled workforces; we must also create incentives for existing businesses to stay and expand, and to attract new companies to the area.    I am impressed and encouraged with many of the candidates for local offices in the 2nd District who are campaigning on a “jobs platform.”    We must all work together as a team in the 2nd District to create jobs and achieve economic revitalization.”

“Witnessing firsthand the challenges and issues involving healthcare reform has been one of the factors inspiring me to run for Congress.    I am presently the only Congressional candidate in the United States who, as a physician, has had recent work experience at a federally qualified health center.”    Dr. Andrews’ dual professional degrees in medicine and law enabled him to become a Fellow of the American College of Legal Medicine.    His focused interest and knowledge of healthcare law and policy, and medical malpractice tort reform have been strengthened by his board certifications in the areas of legal medicine and medical malpractice.    He is a Diplomate of the American Board of Legal Medicine and a Diplomate of the American Board of Medical Malpractice.    Healthcare law and regulatory reform, healthcare policy, medical malpractice reform and the physician shortage are some of the important issues that have motivated Dr. Andrews to run for U.S. Congress in Indiana’s 2nd District.

“As a physician I see the need to restore the “Care” in Medicare and strengthen the “Security” in Social Security.    The Washington, D.C. way is not the “Hoosier Way.”   Washington D.C. needs to be resuscitated because it is currently unresponsive to our country’s needs.    I am also running for Congress to be the 2nd District’s “Doctor in the House” to instill our life-saving Hoosier values and principles:    Faith, family, responsibility, integrity, hard work, perseverance, service to others, and good Hoosier common sense.”

Dr. Andrews, age 52, was born in Erie, Pennsylvania to parents who both worked full time jobs to support their children.    He was valedictorian of his high school class and lettered in both basketball and football.    A financial aid scholarship enabled him to attend Harvard University where he was an Honors graduate, earning a Bachelor of Arts degree in Government.    He also received a law degree from the University of Notre Dame Law School and a Doctor of Medicine from the State University of New York at Buffalo School of Medicine.    His family medicine residency was done in South Bend at St. Joseph Regional Medical Center where he was a chief resident in obstetrics during his second and third years.

During his adult life, Dr. Andrews has immersed his energy and focus on thepeople of the 2nd District.    While at the Notre Dame Law School he taught a basic consumer law course to public high school seniors.    Practicing medicine and living in both South Bend and LaPorte, Indiana he has been both a physician and advocate to thousands of patients and their family members.    The patients and their families he provided care for came from at least five of the counties in the 2nd District.    As a physician, he was co-coordinator and speaker for the Tar Wars Program, which focused on smoking prevention at the grade school level.    He was also very active in the Prevent Child Abuse organization in St. Joseph County, Indiana.    He served as a volunteer, physician advisor for the media committee, and was then named to the Board of Directors of the organization.    He was also project director and coordinator of the Alcohol and Smoking Prevention in Pregnancy Program.

Dr. Andrews is also a book author, health educator, and a strong education advocate.    His book, “Achieving the Doctor Dream:    The Complete Guide to Premedical Success” has been read by pre-med students and their families across the country, helping them to gain admission to medical school.    He also co-authored the “Prenatal Pregnancy Calendar:    Countdown to our Baby’s Due Date” to promote good pre-natal health for mothers and their babies.

Dr. Andrews is also a strong advocate for veterans‘ health and well-being.    “My father is a World War II veteran who fought in the Battle of the Bulge and received a college education through the GI Bill.    My uncle was severely wounded on the beaches of Normandy and had lifetime pain from his war injuries.    I have been honored to serve veterans from most of our wars from World War II and beyond.    I have had them both as legal clients and medical patients.    My philosophy is that we have to “fight for them” because “they fought for us.”    Our men and women veterans need educational and employment opportunities and the best medical treatment available.”

“I am also a pro-life family physician and a pro-life lawyer.    The Right to Life is the most fundamental right.    On a personal level, being pro-life is a matter of conscience and I believe that the Right to Life must be defended from conception to natural death.    We must defend the lives of the unborn and protect the lives of infants, our senior citizens, and the disabled.    We rank behind dozens of other countries in our infant mortality rate and that is not acceptable as a nation.    I oppose the new health law’s creation of Medicare’s Independent Payment Advisory Board.    This Board could easily undermine the doctor-patient relationship and decrease access to primary care doctors and specialists.    Decreased accessibility means that the doctor shortage will worsen, as senior citizens and disabled patients seek providers who will accept their Medicare.    The waiting time for a new doctor’s appointment will be extended, further burdening the emergency rooms and urgent care centers, and driving up costs.”