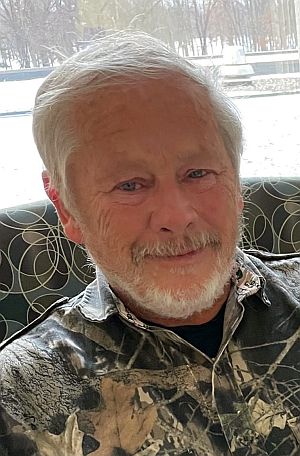 He was born August, 2, 1957 in Plymouth, Indiana to Marion and Gladys (Keel) Jolly. He graduated from Plymouth High School with the class of 1975.

On May 14, 1983 in Plymouth, Terry took Sara Shei as his bride, and the couple would welcome two sons.

Terry worked at Dave’s Supermarket in Plymouth for many years and then for Heartland RV in final production, until his retirement in 2019.

He was a member of the Rochester Moose Lodge, the Plymouth Elks Lodge, and the American Legion Post #27 in Plymouth.

Terry LOVED fishing. He could also talk your ear off about anything, but for sure fishing. He enjoyed going and sitting with the boys while they hunted. Above all, being with his family and grandchildren meant a lot to him.

Terry is survived by his loving wife, Sara, and their sons, Todd (Tonya) Jolly of Rochester and Daniel (Haley) Jolly of Plymouth; 4 grandchildren, Trevor, Taylor, Troy, and Maddilyn; and siblings: Ron (Becky) Jolly, Connie (Dennis) Smith and Tom (Cathy) Jolly; sister-in-law Lisa Jolly, as well as many nieces and nephews.

He was preceded in death by his parents and brother Rob.

Funeral services will be held at 11 a.m. on Tuesday, January 31, 2023, in the funeral home. Visitation will resume one hour prior.