McIntire M.C. Firefighter of the Year 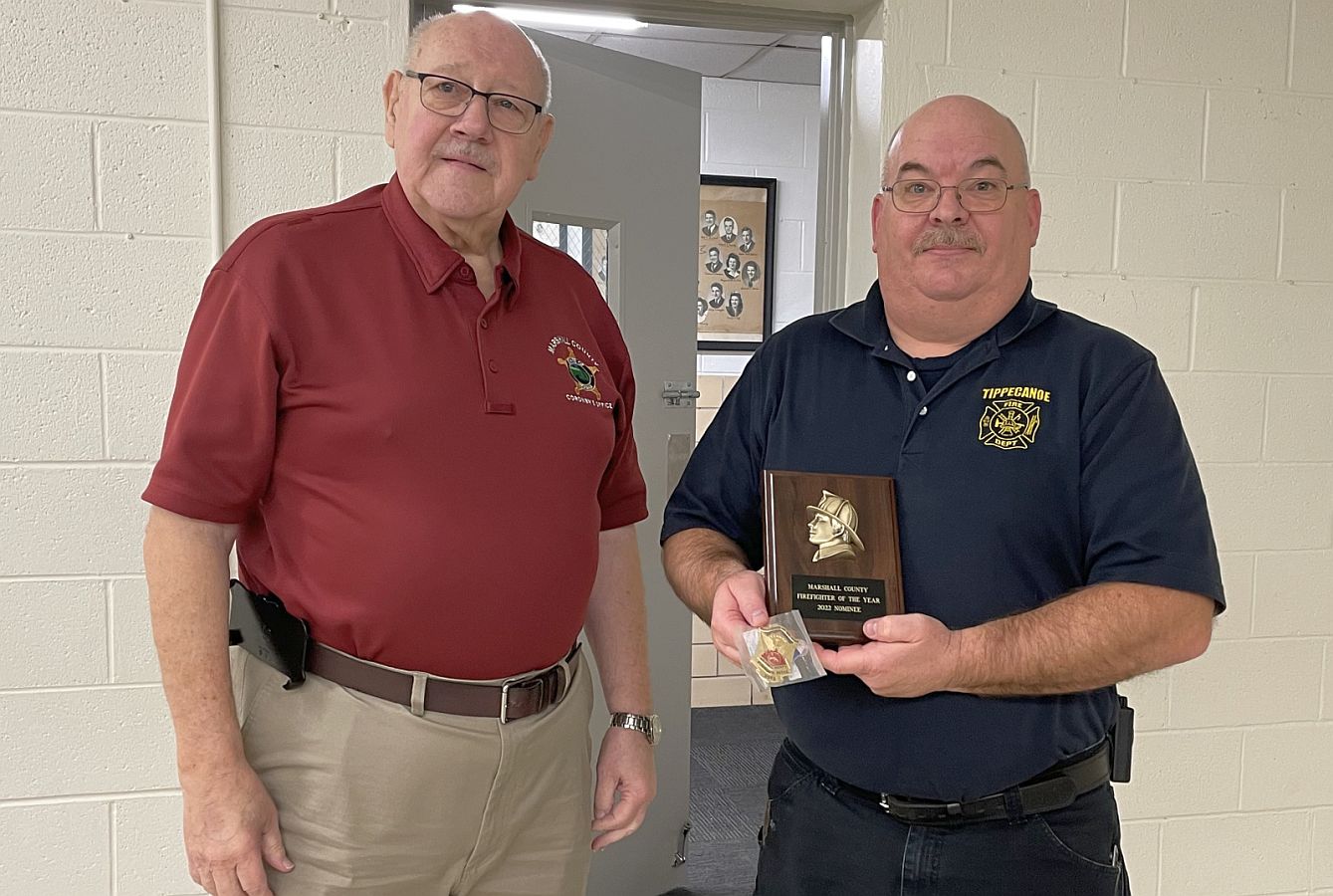 Each year the Marshall County Firefighter’s Association recognizes one firefighter as the county’s Firefighter of the Year.

Nominations are accepted at the end of each year and a committee reviews the nominations and selects the winner.

This past year, Tippecanoe Fire Chief Chris Oginsky nominated Assistant Chief Keith McIntire for the honor.  In a letter to the committee, Oginsky said, “Chief McIntire spearheaded a Firefighter I & II recruit academy class that was held at the Tippecanoe Fire Department.  This was the first class that he has ever put on.”

The letter goes on to explain the limited resources the Tippecanoe Fire Department has and how Assistant Chief McIntire paid for supplies out of his pocket and at the same time missed out on thousands of dollars of overtime pay from his full-time job to conduct the training.

Chief Oginsky’s letter stated, “Chief McIntire made sure that everything was prepared for the students well before their arrival, especially on nights where he was not able to attend due to being on shift.”

The nomination said, while firefighter of the year nominations are typically reserved for those who have performed heroic acts, it is also important to recognize those who leave the fire service better than they found it.

With the service Chief McIntire provided with the training, Marshal and Kosciusko Counties have 12 newly certified firefighters.