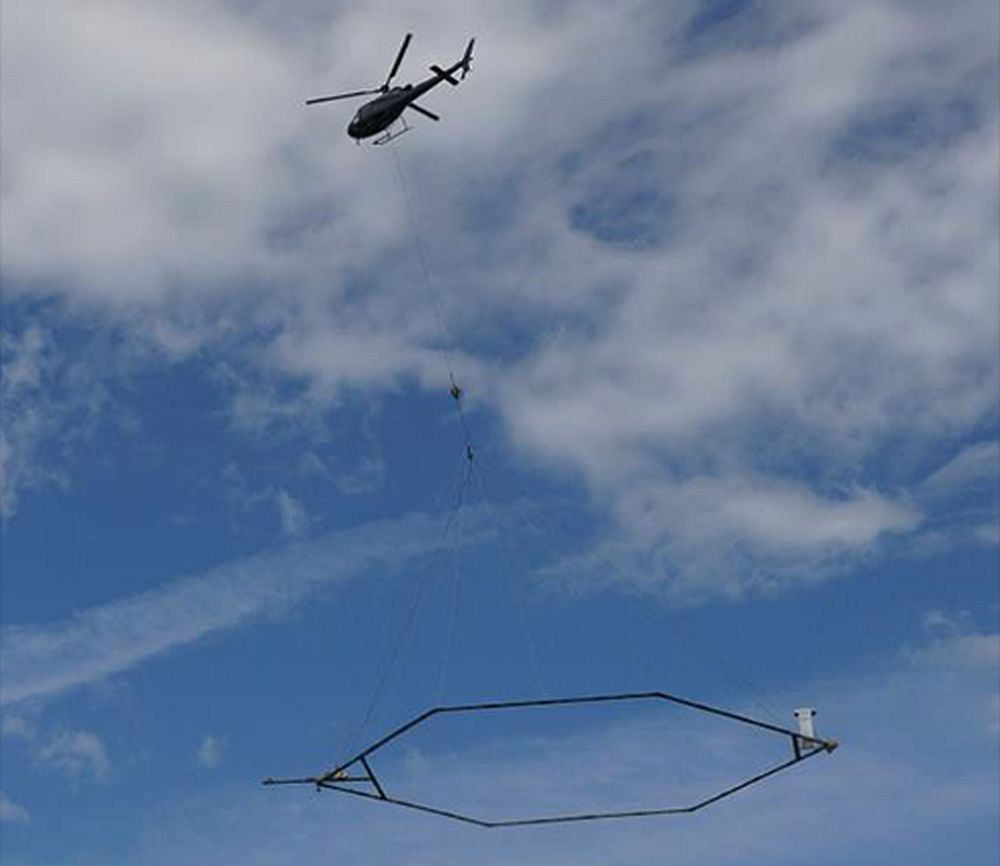 Starting on or around January 24 and lasting three to four weeks, a helicopter towing a large hoop from a cable will begin making low-level flights over the Illinois River Basin, covering much of central Illinois and parts of northwest Indiana.

Geophysical measurements will be collected by the helicopter as part of the U.S. Geological Survey Next Generation Water Observing System (NGWOS) project to support studies of groundwater in the Illinois River Basin. This study expands on similar work done last year in the upper part of the Basin around southeastern Wisconsin.

The helicopter will fly along pre-planned flight paths relatively low to the ground, hundreds of feet above the surface. A sensor that resembles a large hula-hoop will be towed beneath to measure tiny electromagnetic signals that can be used to map features below Earth’s surface. Most survey flight lines will be separated by about 12 miles, so the helicopter system will only be visible from any particular location for a short period of time.

Citizens in a good portion of Marshall County may see the low-flying helicopters as well as people in Starke County, Saint Joseph County, and LaPorte County.