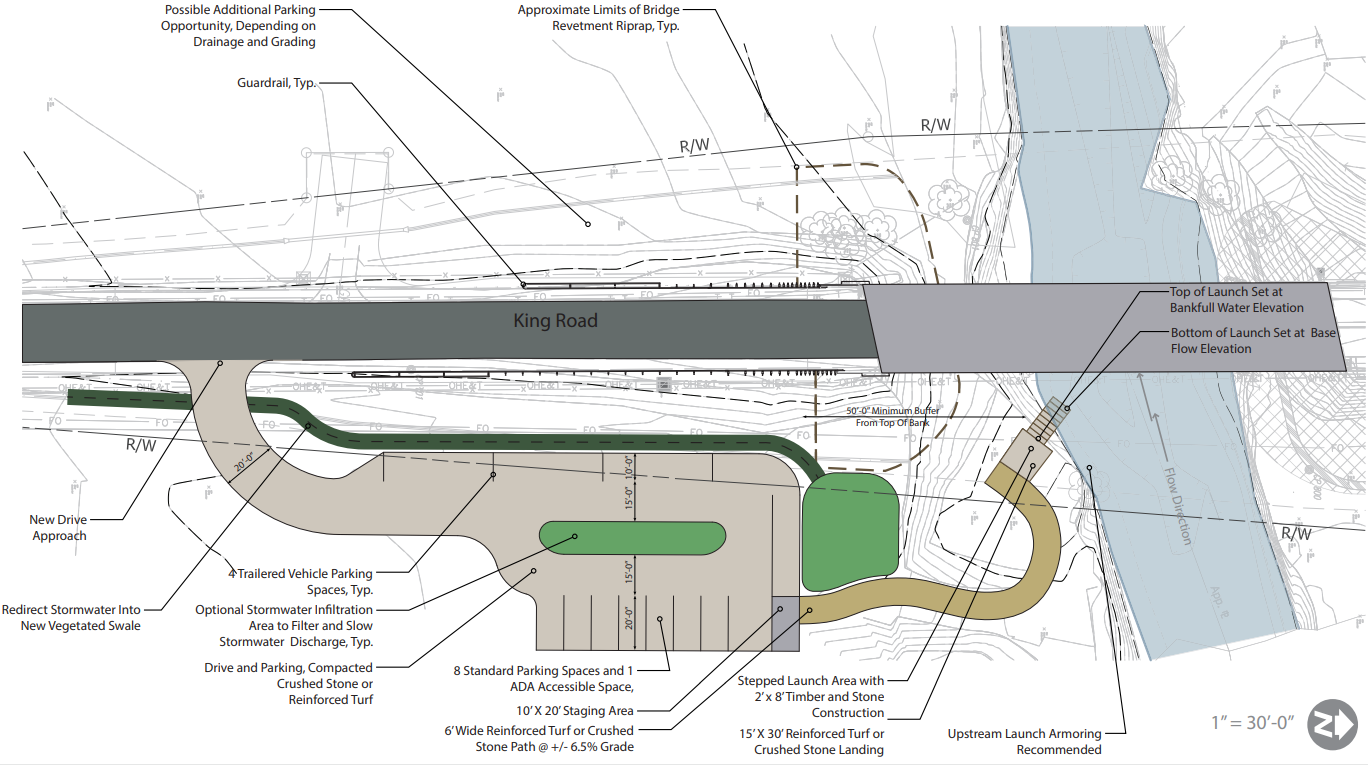 Members of the Marshall County Park and Recreation Board were shocked when they received the estimate from USI Consultants for a kayak/canoe at the King Road bridge.

Last month, committee chairman Terry Borggren presented drawings for two similar projects, and this month he presented the cost estimate for the design the park board favored.   The plan included parking for multiple vehicles including a couple with trailers, access to the river, and an in-water launch site.  The estimate was $440,00 for construction and had a total price tag of $576,000 which would include the acquisition of additional land.

Borggren said the cost was about 10 times more than he was hoping for and “way out of reach.”  Some of the proposed costs included $87,000 for #53 limestone, $4,000 for prairie seed mix, and $2,000 for a bench.  It was also commented that “soft-costs” are a percentage of the total project cost so it the construction cost came down so would the “soft-costs.”

County Park Board members discussed several options including pairing down the “dream project” to a more realistic project.  They also wondered if Jason Peters and the County Highway Department could do some work on the project and finally it was suggested they touch base with the Starke County Parks to find out who designed their project which was thought to be about $50,000 for each site and maybe have the firm look at the proposal and give some recommendations.

The County Park Board felt like the County Commissioners would have to pledge their support for the Highway Department’s assistance in working on a launch site.  It was suggested that they have an abundance of milling that could be used to create a parking area and path to the river’s edge.

While members of the Marshall County Park and Recreation Board were surprised at the cost, they don’t want to give up on a project.  They are willing to continue to work for a simpler design that will give canoers and kayakers another location to enter or exit the Yellow River in the county.  It’s been stated that people will travel to enjoy the scenic trip down the Yellow River which intern can have a positive economic impact on the county.