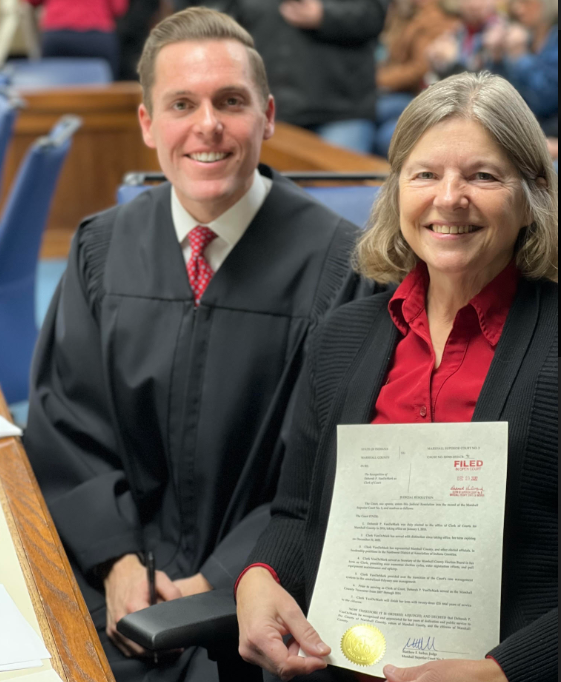 The following was filed in open court on Thursday, December 29:

The Court, suavities spent, enters this Judicial Resolution into the record of the Marshall Superior Court No. 3, and resolves as follows:

1. Deborah P. VanDeMark was duly elected to the office of Clerk of Courts for Marshall County in 2014, taking office on January 1, 2015.

2. Deborah P. VanDeMark has served with distinction since taking office, her term expiring on December 31, 2022.

3. Clerk VanDeMark has represented Marshall County, and other elected officials, in leadership positions in the Northwest District of Association of Indiana Counties.

4. Clerk VanDeMark served as Secretary of the Marshall County Election Board in her term as Clerk, presiding over numerous election cycles, voter registration efforts, and poll equipment maintenance and upkeep.

6. Prior to serving as Clerk of Court, Deborah P. VanDeMark served as the Marshall County Treasurer from 2007 to 2014.

7. Clerk VanDeMark will finish her term with twenty-three (23) total years of service to the citizens.

Article and photo by Jamie Fleury, Staff Reporter with the Pilot News