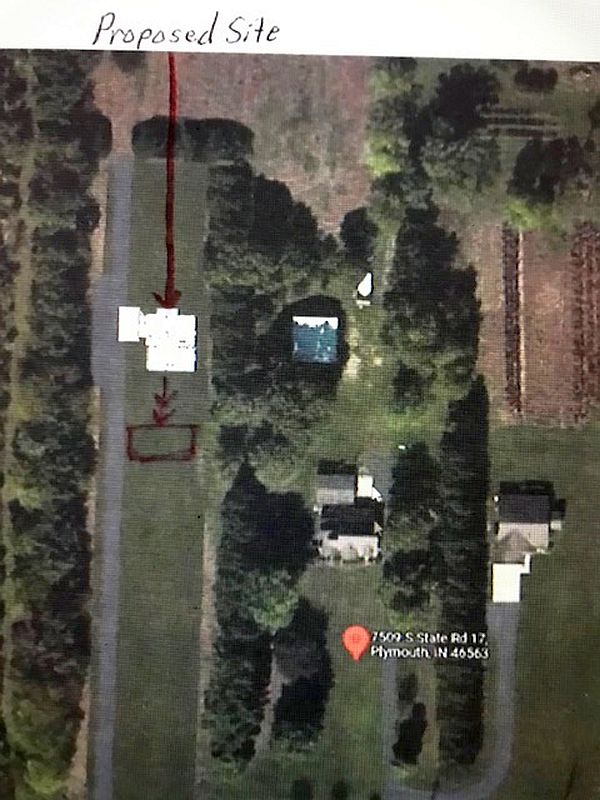 The request for a minor one-lot subdivision at 7495 State Road 17 west of Plymouth was granted by the Plymouth Plan Commission on Tuesday evening.

Plan Consultant Ralph Booker presented a diagram of the proposed split and photos of the area where a new home is under construction.

In March, the Plymouth Board of Zoning Appeals granted variances for the width-to-depth ratio of the lot to allow a narrower lot than standards.

Booker said the Faulstichs plan to divide off the new home from the existing larger agricultural lot.  It sits across the street from the west entrance of the Carriage Hills subdivision

They have secured a driveway permit from the State of Indiana and a letter from Fa-Ra Farms in favor of the petition to create the minor Subdivision by Mark Faulstich was read.  It was signed by Fred R. Jones.

There were no comments during the public hearing except Mark Jonathon Faulstich, the son of Mark and Joyce Faulstich said he and his wife plan to settle in Plymouth in this new home after retiring from 20 years in the military.

The Plymouth Plan Commission unanimously approved the petition for a minor one-lot subdivision at 7495 State Road 15.