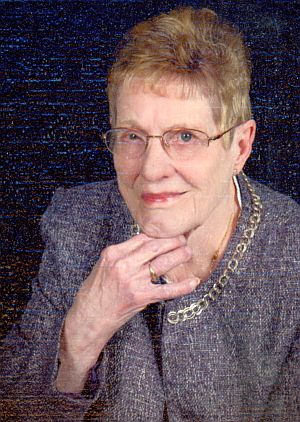 Born in Monterey, Indiana on December 22, 1928, Tess was the daughter of Frederick A. and LaPearl (Keller) Bauer. She graduated from Monterey High School with the class of 1947 and then attended St. Joseph Hospital School of Nursing, graduating in 1950.

On February 7, 1953, in Monterey, Tess married Gene M. Sherland and the couple would welcome three children, Jeanne Ann, John and Jayne. Gene would pass on December 23, 1979.

She worked for Holy Cross Parkview Hospital as an operating room supervisor for 35 years until she retired from full-time to working part time until her final retirement in 1992.

Tess was a member of St. Michael Catholic Church and served on the Altar Rosary Society. She served as Chair for the Volunteer American Red Cross Blood Bank and a volunteer for the American Red Cross Disaster Relief. She was a charter member of the Association of Operating Room Nurses of Northern Indiana. She volunteered with the Center for Hospice in Plymouth for 15 years and took communion to those who were home bound parishioners of St. Michael Church, for 14 years. She was a member of the American Legion Women’s Auxiliary Post 27, Plymouth Moose Lodge Chapter 3000 and Veterans of Foreign Wars Auxiliary, and former member of the Plymouth Elk Lodge 2548 and the Eagles Lodge.

Tess was preceded in death by her husband, Gene and Oliver; her parents; her children Jeanne Ann and John; and siblings, Bernard, Thomas and Rose Strang.

Burial will follow in the Maple Grove Cemetery, Argos.