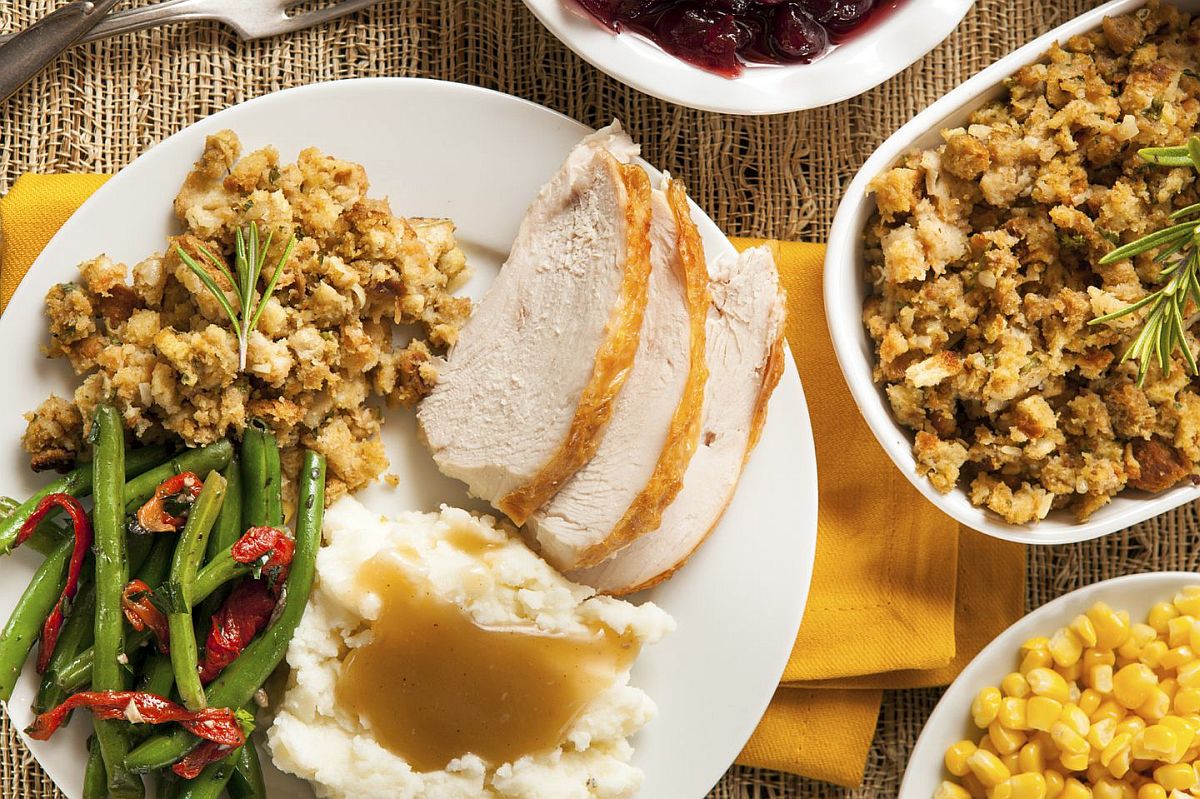 It’s no secret that prices for consumer goods are on the rise this year and ingredients for the traditional Thanksgiving dinner are not immune.

Indiana Farm Bureau’s annual Thanksgiving market basket survey shows that Hoosier shoppers can expect to spend approximately 14% more at the grocery store than in 2021. According to this year’s pricing survey, Hoosiers are paying an average of $61.00 for a Thanksgiving dinner for 10 people, or $6.10 per person. However, Indiana’s market basket price is approximately 5% lower,  or 31 cents less, than the U.S. average price of $6.41 per person.

According to the American Farm Bureau Federation, the main driver of the increase is inflation,  as well as other factors including supply chain disruptions and the war in Ukraine, with other countries pulling back on exports to protect domestic supplies.

The U.S. Bureau of Labor Statistics states the food-at-home consumer price index for October 2022, a measure of price changes at the grocery store, increased 12.4% year-over-year. Additionally, the current rate of inflation for the average American was at 7.8% as of October 2022, according to the U.S. Labor Department. Many consumers have felt the weight of inflation this year, including farmers, who have been dealt a tough hand. While food prices have increased, so have input prices for the farmers growing that food.

“There is no question it’s been a difficult year for both consumers and farmers,” said Isabella Chism, INFB 2nd vice president. “Farmers are used to being nimble and agile in a job that can be very unpredictable when it comes to variables like the weather. But this year is different. Higher input costs presented a whole new set of challenges that are costing us more across the board and trickling down to consumers.”

According to the U.S. Department of Agriculture’s revised Food Dollar Series, farmers currently receive approximately 8% of every food marketing dollar. Using this figure, the farmer’s share of this market basket would be $4.88. The rest goes toward food processing, packaging, transportation, wholesale and retail distribution, food service preparation and other marketing costs.

“Just like consumers, farmers are price-takers, not price-setters,” Chism said. “While food prices are increasing, the amount farmers are being paid isn’t covering the sharp increase of their input expenses.”

Contributing to short-term price increases of turkey this year are depopulations of turkey flocks caused by highly pathogenic avian influenza (HPAI). According to Rebecca Joniskan, president of the Indiana State Poultry Association, about 50 million birds have died or been euthanized so far in 2022 as a result of HPAI. Eight million turkeys nationwide were lost, with over 171,000 in Indiana specifically. However, in Indiana, turkey is typically produced year-round, whereas production in other states can be seasonal.

“This year has been difficult for Hoosier poultry farmers, both financially and emotionally,” said Joniskan. “But despite those losses, we are still a robust industry. There are still plenty of turkey products on the market.”

According to the survey, turkey is less expensive pound for pound than other meat options, such as ham, which is $2.72 per pound, or $10.88 for a 4-pound ham.

Hoosiers can expect most of the traditional Thanksgiving items to be more expensive this year; however, pie shells and cranberries are more affordable than they were in 2021. The largest percentage price increase was for cubed bread stuffing, up 64% for 14 ounces. According to the American Farm Bureau Federation, higher packaging and processing costs brought on by supply chain disruptions and ongoing volatility in the wheat market have been the major drivers behind this increase.

Only pumpkin pie filling is slightly more expensive in Indiana this year than it is nationally. All other items on the shopping list came in less than the national average, most notably peas, pie shells and whole milk.

The INFB Thanksgiving market basket survey was conducted in late October by volunteer shoppers across the state who collected prices on specific food items from one of their local grocery stores. Volunteer shoppers were asked to look for the best possible prices, without taking advantage of special promotional coupons or purchase deals. Indiana’s survey was completed in conjunction with a national survey administered by the American Farm Bureau Federation.