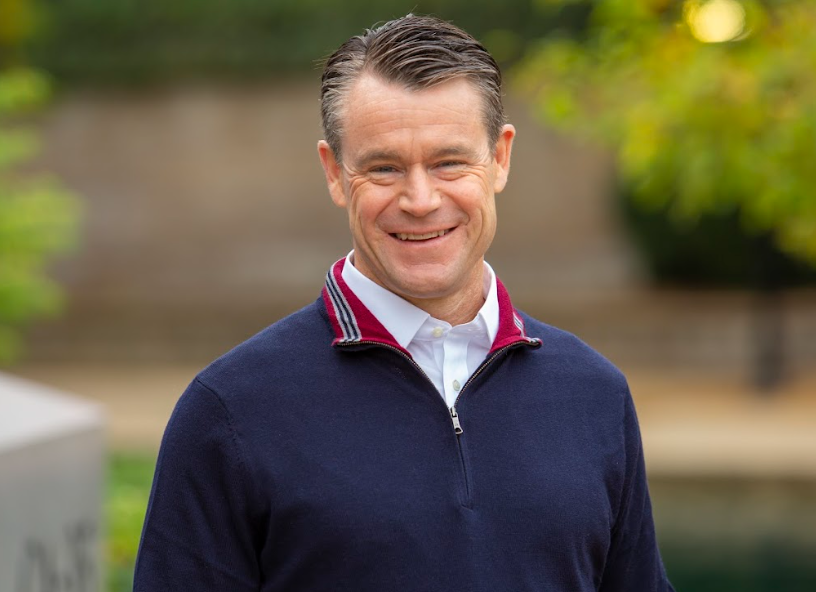 “I am grateful to Hoosiers for the opportunity to continue serving them in the United States Senate,” U.S. Senator Todd Young said, addressing a crowd of supporters in Indianapolis. “This Marine is ready to go back to Washington to fight back against the Biden-Harris agenda wherever necessary, but I’m also ready to work across the aisle to conquer America’s challenges and defeat our enemies abroad.”

“As this campaign closes, I am incredibly grateful for the grassroots volunteers who knocked doors, made calls, or found a way to donate to our campaign. To every candidate up and down the ballot who stepped up and ran for office this year: thank you. Our communities, state, and nation are better for your willingness to serve. “

“I want to congratulate Mayor McDermott and James Sceniak for their tireless efforts on the campaign trail,” Young said. “It is my honor to serve all Hoosiers and represent all their interests in Washington. Let’s get to work.”

Todd Young is a fifth generation Hoosier who grew up outside of Indianapolis. While growing up in Indiana, Todd delivered newspapers, mowed lawns and mopped floors at his family’s small business.

After he graduated from high school, Todd began his lifetime of service to our country when he enlisted in the U.S. Navy. A year into his service, the Secretary of the Navy appointed Todd to the United States Naval Academy in Annapolis, Maryland where he graduated with honors and joined the U.S. Marine Corps.

Todd was first elected to the United States Senate in 2016. This year, he authored and passed into law the bipartisan CHIPS & Science Act, the largest anti-China bill in American history that makes generational investments in domestic manufacturing and innovation. Previously, he served Hoosiers for three terms in the U.S. House of Representatives.

Todd and his family currently live near Indianapolis, and he comes home every weekend to meet with Hoosiers.