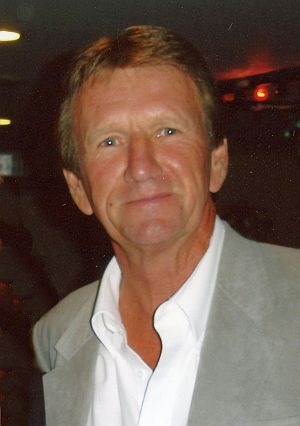 From the time that Jack was 10 years old, farming was his heart and soul. He grew up on his family’s farm north of Knox and went on to spend 39 years raising a family of his own in the small two-story country farmhouse in Hamlet that his paternal grandparent’s purchased in 1916. Jack would go on to spend over 60 years following his passion for farming – retiring in 2016.

Jack graduated from Knox High School in 1964. During his school years, he was very active in 4-H and FFA. He was the 4-H King in 1964 and was also a recipient of the Key Club Award. He enjoyed raising and showing different animals at the fair over the years and had the Starke County 4-H Fair Grand Champion Steer in 1963. Jack was also the Champion 4-H Tractor Operator on several occasions. In 1964, he was awarded the Chapter Star Farmer Award from the Knox chapter of the FFA.

In his senior year of high school, he was the President of the 4-H Junior Leaders where he would first meet the love of his life, Linda Marie Wentz. They didn’t go on to date until a few years later when their paths crossed again at a dance in Bass Lake. Their eyes locked from across the room and the rest was history. Many of their dates were spent together riding in the combine. Jack and Linda married on August 24, 1968 in Knox. They celebrated 54 years of marriage together.

Jack spent his freshman year of college at Indiana University. He would go on to attend International College in Fort Wayne to be closer to home so he could spend weekends helping his father on the farm. Jack graduated with his Associate Degree in Business Administration.

From 1966 to 1972, Jack served in the United States Army Reserve. During his time in the reserves, he was an honor graduate of the food service school, awarded the rank of Corporal (E-4) in 1969, selected for the highly esteemed position of “Colonel’s Orderly,” and also received the Sharpshooter Award.

Jack was very involved in the community throughout his life. He served as a Starke County Councilman for 20 years, much of that time as the Council President. He was a member of the Hamlet American Legion Post #356 and was a Commander for several years. He enjoyed playing in the Hamlet golfing and bowling leagues as well. Jack was also a charter member of the Starke County Historical Society.

Jack was a man of all trades. In 1991, he received his Plumbing Contractors License and in 1994, he received his Auctioneer License. Besides farming, Jack also installed many in-ground swimming pools. He spent time traveling in and out of the state installing many liquid fertilizer pits for use in farming and Business. He installed sewer systems in the area as well. Jack also helped build the Marathon Gas Station and Food Mart in Koontz Lake along with a medical office building in Knox.

On the farm, Jack was able to host the “Turkey Tracks Hunt” that benefited the Eric Corey Foundation. He was known as an avid supporter of the event that raised crucial funds for the handicapped. Awarded from the Starke County Development Foundation, Jack received the President’s Award” in recognition of his outstanding leadership and service to the citizens and economic development of Starke County.

Jack achieved the 32nd Degree in the Ancient Accepted Scottish Rite conferred by the Supreme Council 33rd Degree Scottish Rite for the Northern Masonic Jurisdiction. Jack was later admitted and constituted a Noble of the Mystic Shrine in the ORAK Temple of Hammond, IN by the Imperial Council of the Ancient Arabic Order of the Nobles of the Mystic Shrine for North America.

In 2007, Jack and Linda moved to Plymouth to be closer to their grandchildren. They were able to find a home in the same neighborhood as their daughter. Linda worked in Plymouth at the St. Joseph Regional Medical Center so this move from the family farm in Hamlet allowed her to be closer to work and to spend more time with their family.

He is preceded in death by his parents Tom and Vera; sister Darlene Gielerak; and Brother-In-Law Donald Moss.

Condolences can be made to the family through johnson-danielson.com.