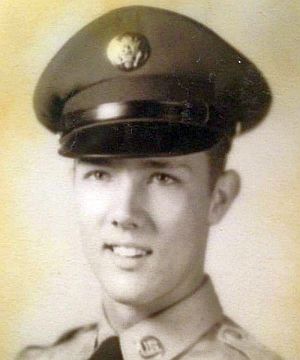 Dick was born October 21, 1941 to William and Joyce (Clarke) Drubert in Plymouth, IN. He was a resident of the area most of his life, except for the 10 years he spent in Texas, working for Texas Color. He graduated Plymouth High School and served in the United States Army. He married Beverly Crauder on May 3, 1973 and she preceded him in death on July 25, 2004. He had been a pressman for Bomarko of Plymouth, IN and for Bowne Printing, as well as R.R. Donnelley and Sons of Warsaw, IN. He was very much a homebody; however, he enjoyed spending time with his friends at the Plymouth American Legion. He always supported and provided for his family.

Dick is survived by his daughters: Debra (Kevin) Lockhart of Ft. Wayne, IN; Doreen Ruggles of Niles, MI; and Alicia (Mark) Quaife of Knox, IN; his sons: Charley (Danielle) Drubert of Warsaw, IN; and Chris (Misty) Drubert of Austin, TX; his 9 grandchildren; his great-granddaughter; and his brother, James Drubert of Honor, MI.

Dick is preceded in death by his parents, William and Joyce Drubert, and his wife, Beverly Drubert.