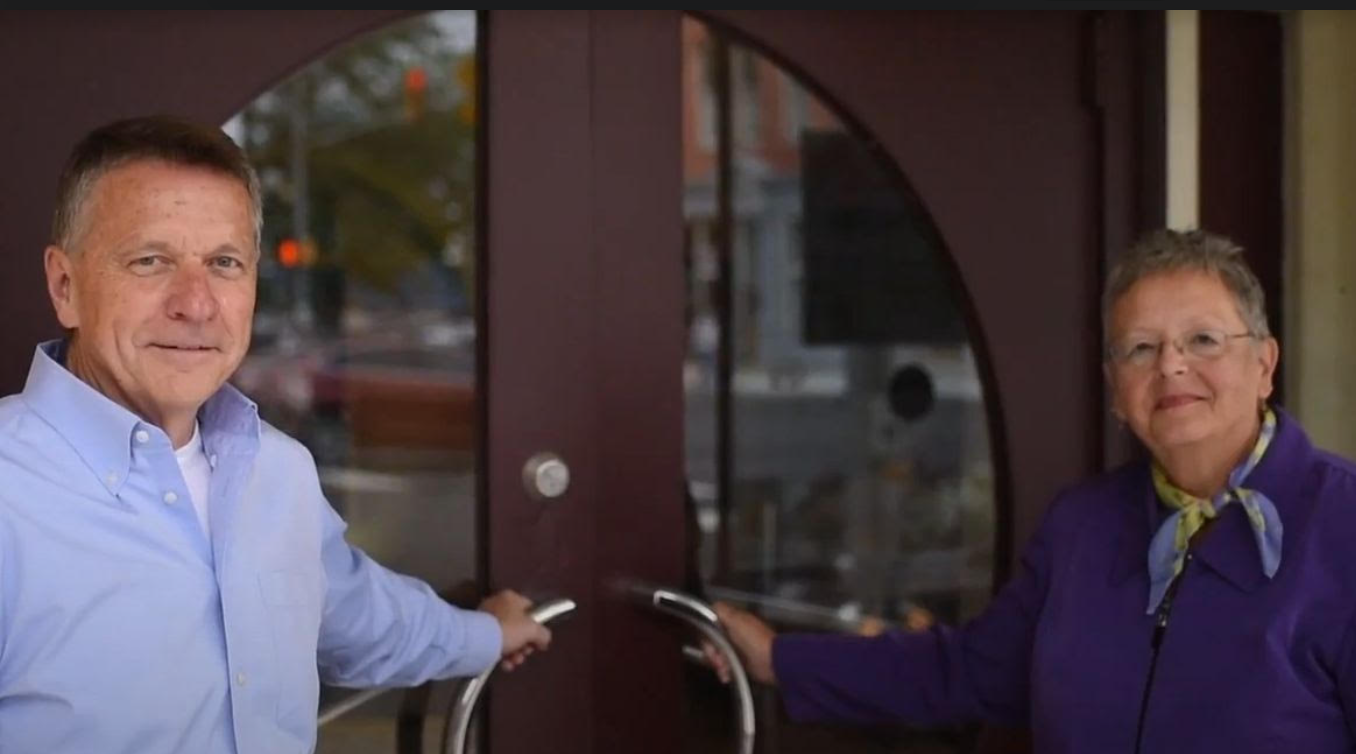 There will be something for everyone during the grand reopening of the historic REES Theatre in downtown Plymouth October 1 through 8.

Denver Bierman and The Mile High Orchestra will kick off the week Saturday afternoon, October 1 at a free concert in the city’s River Park Square.  This free concert will feature a “Trumpet Challenge” with hopes of setting a world record for the most trumpeters participating in the same place, at the same time.  Bierman, a native of Plymouth, has written an original song for participants to play.  Go to https://www.reestheatre.com/reopening  for more information and to register for the event.

The Marshall County Historical Society will be open on prior to and during the dinner for folks to review their exhibit titled “Marshall County in the Movies.”

The excitement of the evening continues as diners are entertained by Whitewater String Trio and Twins at Play.  There will be actors in period costume roaming the area, antique vehicles of the era at the corner of Michigan and Garro Streets, and a handful of plein aire painters from Heartland Artists whose works will be auctioned later in the evening.

Local resident Peter Schumacher has handcrafted a guitar from a REES wood beam which will also be auctioned off during Denver’s concert intermission.

Later on Saturday, Michigan Street will be closed for the first ever Dinner in the Street.  This event sold out early, but lucky ticket holders will be able to choose “small plate” offered by a wide variety of Marshall County restauranteurs.

At approximately 8:00 P.M., dedication of the theatre and specifically the Bob Pickell Performing Arts stage will be followed by another performance by Denver and the MHO.

Sunday, between noon and 3:00 P.M., the theatre will be open for public tours.  At 7:00 that evening, The REES and Wild Rose Moon will bring guitar master Pierre Bensusan to The REES stage. Tickets are available at Eventbrite or reestheatre.com

The fun continues on Tuesday for Whiskey, Wisdom and Trivial Tidbits featuring members of the original REES committee who will share memories of the project spanning the past six years.

Thursday will bring improv to the stage with three professional troupes – Everyone’s Tiffany, GoProv and The Lark Comedy Institute as well as audience participation facilitated by Plymouth native Kathryn Anders.

Finally on Saturday, in conjunction with the Downtown Merchants’ Chocolate Walk, the original Willie Wonka and The Chocolate Factory will cap off the weeks’ celebratory events.

More information and event pricing may be found at https://www.reestheatre.com/grand-opening

Photo Caption: Co-chairs Randy Danielson and Donna Pontius are ready to open the doors to the community. The REES is ready to host entertainment, celebrations, music, dance, cinema and so much more. Again!