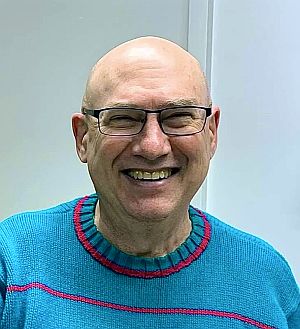 Timothy Raymond Smith passed away September 12, 2022, during his morning exercise routine at the gym in Trenton, Missouri.
Tim was born on March 3rd, 1959, to Winifred and John Smith in Fort Riley, Kansas. He grew up on a farm in Indiana with his 3 siblings Terry, Tracy and Beth and spent his childhood years, enjoying outdoor adventures and playing any sport possible. He was a huge baseball fan and ended up going to Bethel College on a baseball scholarship. During his time at Bethel, he came to know the Lord and dedicated the rest of his life to His service. He pursued a master’s in theology at Dallas Theological Seminary where he met his Greek wife, Christina Zori.
Tim & Christina served on the mission field in Spain & Germany along with their three children, Lydia, Jeremiah & Stefania. Tim continued with his passion of sharing the Word and his gift of teaching, as a Theology Professor at Calvary Bible College in Missouri. These were some of his favorite years as he built lifelong friendships with his students and as you can imagine he was attending most of the sports games.
Tim spent his free time enjoying activities with his kids. He would travel every weekend with his son Jeremiah to his soccer games, and during Lydia’s Cross Country races he would be at every mark with the stopwatch reading off her time and cheering her on. Tim would enjoy Stefania’s theatrical pieces and musicals and proudly watched her graduate as valedictorian. Something we as his children will always remember are the daily morning devotionals before school and in the evenings before bed. Tim was a loving father and described his children as his main passion in life after Jesus.
The last 5 years, Tim served as pastor at First Christian Church of Trenton, where he dedicated his free time to serving the community and youth, now that his kids were grown up and living around the world (Tanzania, Ireland, and South Korea).
Tim’s favorite activities were playing basketball, soccer, and baseball with his kids. He was a total book nerd and would have up to 5 books on his nightstand (Christian or history related). He had read almost every book about Abraham Lincoln and was looking forward to spending his retired years visiting all the Civil War battle fields. He managed to convince his children to sneak in a few battlefield visits during their family road trips along with some Beach Boys, Carpenters, and Simon & Garfunkel tunes. He would often be found with his eyes closed in his recliner with the Bible in his lap and praying, but a few times those prayers would turn into a nap.
The last conversation with his children was filled with excitement for the first grandchild on the way and the family reunion planned for the Spring. As Tim would often remind his children, we can make all the plans we want, but our lives are in the Lord’s hands. As stated in one of his favorite verses, “The grass withers, the flowers fade, but the word of our God remains forever” (Isaiah 40:8). Tim spent his life sharing the word of God with others, because he knew that the truth of the gospel is what will remain. We will celebrate the beautiful years that were given to us before he left peacefully to be with the Lord for eternity.
He is survived by his children: Lydia (Ferhat) Smith-Tuckmenogly of Dublin, IRL; Jeremiah (Songeun Lee) of Paros,GR; Stefania Smith of Tanzania, AFR; sister Beth Griffey of Lakeville; Tracy Smith of Plymouth; Terry Smith of Phoenix, AZ; 1 grandson on the way Atlas; nieces Jessica George, Jillian Smith and nephew Joshua George.
Tim is preceded in death by his parents.
Visitation will be held on Wednesday, September 21, 2022 from 5-7 pm at the Johnson-Danielson Funeral Home, 1100 N. Michigan Street, Plymouth.
Funeral services will be held on Thursday, September 22, 2022 at 11 am at the funeral home with Pastor Mike Cramer officiating.
Burial will take place in the Morris-Polk Cemetery, Walkerton.
Condolences may be sent to the family through the website:  www.johnson-danielson.com<http://www.johnson-danielson.com>