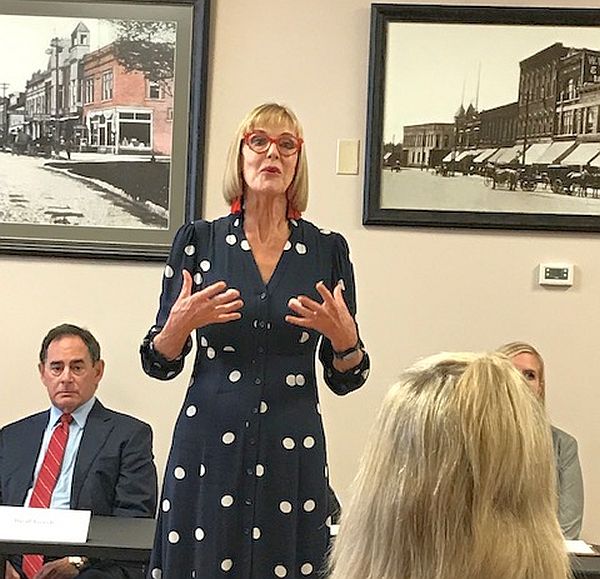 According to a report recently issued by Ball State University’s Center for Business and Economic Research titled “The State of the Rural Economy in Indiana,” several rural Indiana counties, including Marshall County, are projected for growth as Indiana’s post-pandemic economy continues to thrive.

To learn why some Hoosier rural communities are aspiring to succeed while others are already positioned for growth, Indiana Lt. Gov. Suzanne Crouch has organized a series of roundtable discussions around Indiana with rural community leaders.

“With at least 22% of all Hoosiers living in rural areas, these communities are vital to the health of the state,” said Crouch, who is also Indiana’s Secretary of Agriculture and Rural Development.  “We can look at pages and pages of date, but I want to hear from community leaders around the state on what is being done successfully and what the state can do to help because I want to ensure all rural Indiana counties are poised for growth.”

Marshall County is one of the 20 counties the report indicates is positioned for growth.  The Marshall County event was held in Plymouth and was the first of six ‘Thriving Rural Communities’ roundtables scheduled around the state.

During the discussion, the invited group of community leaders discussed transportation with U.S. 30 and U.S. 31, housing, education, connectivity, and quality of life.

Robin Roberts, a local farmer said he wants a voice to Marshall County when it comes to change with the improvement to U.S. 30 and U.S 31.  He said he’s seen a lot of community die because of lack of innovation when creating these freeways.  He wants a voice to the state or INDOT “to make sure that we do not perish in Marshall County because of being cut off from the rest of the world.”

Charlie Houin from Farm Bureau and another local farmer spoke about the safe access to 31 and 30.  He mentioned Homestead Dairy right of U.S. 31 and the difficulty they have getting trucks on and off 31.  Houin also said moving farm equipment from one location to another with highway access and safety in mind.

Dave Lewallen from Marshall County REMC and Marshall County Fiber discussed their collaboration with Surf Internet to provide broadband to much more of the rural community than ever before.  Working together they estimate they will serve about 80% of the county when all their plans are complete.  They also have plans in the future to work to serve that remaining 20%.

Lt. Gov. Crouch asked what the challenges Marshall County faces with growth in attracting people that work from home and can work from anywhere?  It appears they want to get out of the metropolitan areas and get into the more rural areas.

Mayor Mark Senter said housing is one of the biggest issues.  He mentioned the new 275 residential development “Centennial Crossings” being built on the north side of Plymouth.  Commissioner Kevin Overmyer said another challenge to rural communities is the health care.  He said there is a decline of students interested in the medical field. He mentioned how fortunate Marshall County is to have a hospital in Bremen and in Plymouth but said the Plymouth hospital has cut services forcing people to drive north for those services.

Governor Crouch said the country is in a population decline although Indiana had bucked the trend and saw a growth in the population of 300,000 in the last 10 years.  She said while the population has grown there are 155,000 jobs unfilled in the state.  She said “We don’t have enough bodies.  We are not going to continue to have as many bodies as we’ve had in the past so how do we address that?”

Dave Terrell, Executive Director of Indiana Communities Institute discussed automation replaces lower skilled workers, but it enhances the high skilled workers.  He said they are seeing companies come to rural Indiana for the lower skilled workforce that will eventually be replace by automation.  He also mentioned a focus on education with a community conversation and not just leaving it up to the schools.  Talk about raising expectations and encouraging additional education.

Commissioner Overmyer mentioned the READI grant that was applied for in Marshall County by the Lifelong Learning Network.  The plan to create a career center not only for students but for adults to increase their skills and in turn increase their pay scale.

Lt. Governor Crouch said, “I stand ready to help in any way I can.  If you ever have issues or need information from state agencies, please reach out to me.”  She also encouraged the county to conduct roundtable meetings with the state legislators before and after the session to discuss the various issues facing the city, towns, and county.

In 2020, Purdue University’s Center for Regional Development and Ball State University’s Indiana Communities Institute collaborated to issue ‘The Rural Road to Recovery’ report as a blueprint for placing Indiana’s small cities and towns on the road to recovery in the wake of COVID-19.