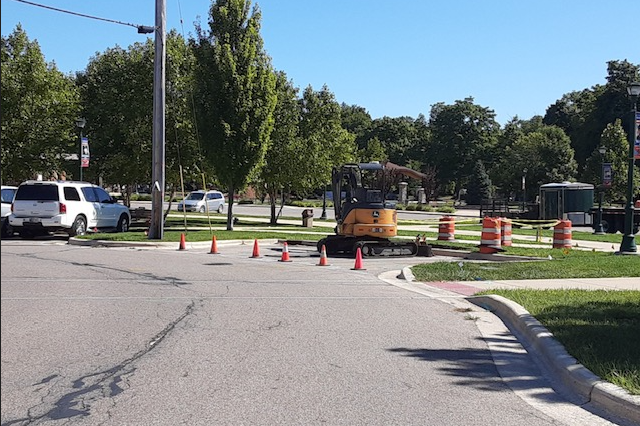 Surrisi said the equipment has been received and the initial plans were to locate the dual-charging station in the city parking lot at the corner of LaPorte and Center Streets, across the street from Hospice.  He said, “After deliberations with the Street Department who will be assisting with the installation, they’ve decided a better location for this first charging station will be in the parking area near River Park Square, across from Dan Tanner’s office.”  Surrisi said the vehicle charging station will be on its own meter at this location at the intersection of LaPorte and Water Streets.

Surrisi said this was the second choice when the study of potential locations was completed.

The estimated cost for the dual charging stations is $16,207 and Surrisi said installation is expected to begin this week.

As part of the grant application, the City of Plymouth has agreed to offer during the first 2-years, 2-hours of free charging for electric vehicles.  Users will then be charged $2 per hour to charge their vehicle after their use of the free hours.