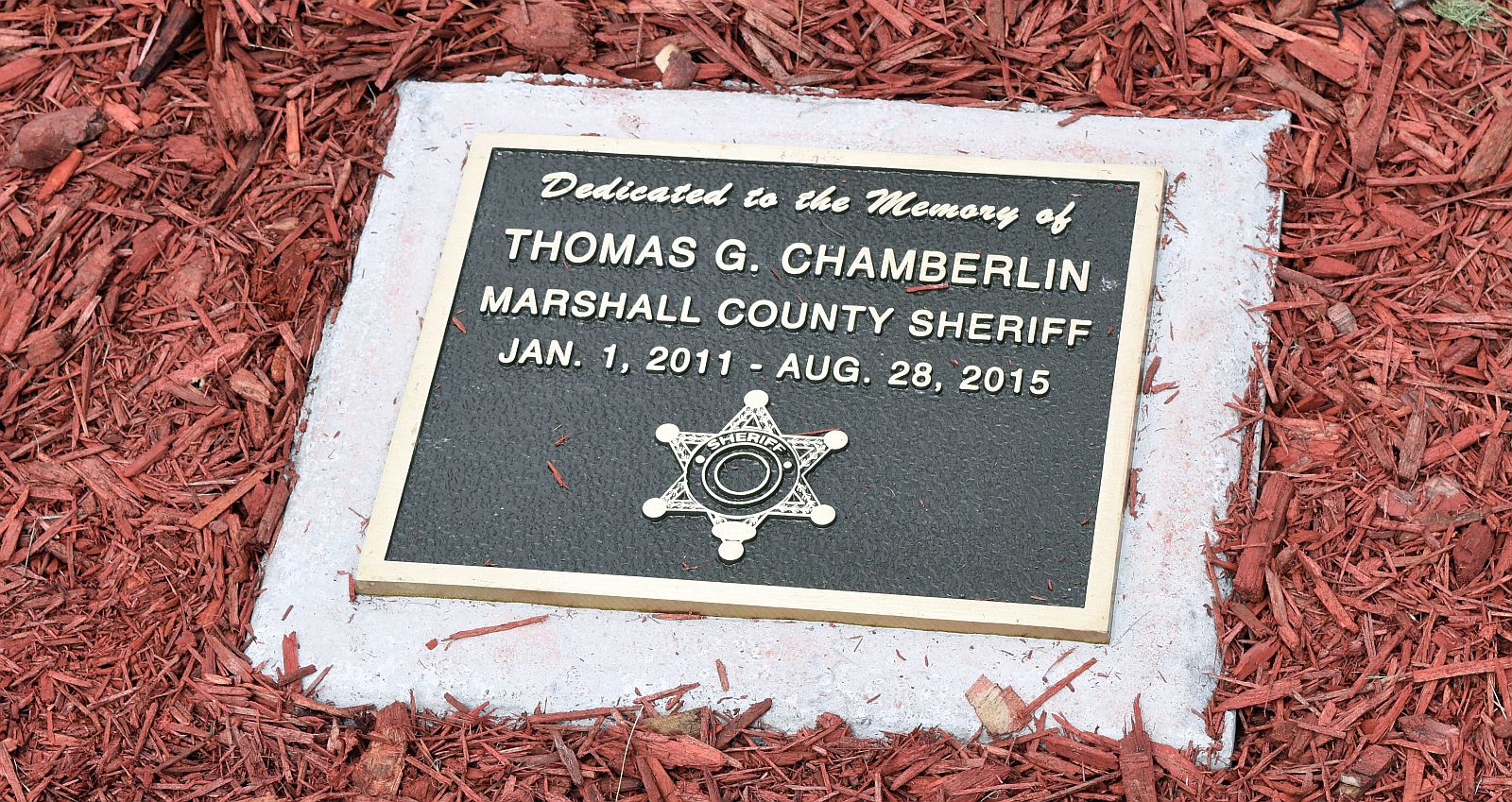 On Friday afternoon, members of the Chamberlin family gathered with members of Marshall County government and law enforcement to honor the life of Sheriff Thomas G. Chamberlin.

Commissioner Kevin Overmyer stated that while a tree was planted in his honor, a plaque was also needed. That plaque was unveiled on Friday.

The unveiling began with Chamberlin’s son, Tom Jr., opening with a word of prayer.

“It’s hard to think it’s been seven years already,” said Overmyer. He told that audience that he had spoken with Chamberlin asking if he wanted a tree planted in his memory at the jail. When Overmyer asked him what type of tree he would want, Chamberlin replied he would like the Indiana state tree, the tulip tree, planted.

“It was an honor to do this for Tom,” Overmyer said.