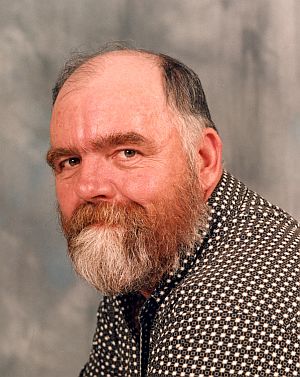 Richard A. Knowlton “Santa”, 70 passed away peacefully on Saturday, August 20, 2022 at Majestic Care of Goshen.
Born on January 20, 1952 in LaPorte, Indiana he was the son of Joseph and Dorothy Knowlton.
Richard proudly served his country in the U.S. Army during the Vietnam War. After his honorable discharge he worked for Bomarko’s in Plymouth before becoming a truck driver for Chase Transportation for 25 years.
A grizzly bear on the outside but one that was soft and tender on the inside. He was known to have a great sense of humor and one that was full of sarcasm. Richard taught his children how to be respectful in ever manner towards everyone they would encounter.
He enjoyed trail riding with horses, bowling, golfing, collecting model train sets and enjoyed his garden and making his yard look immaculate.
He was a member of Marshall County Horse Association, and the Zook Farrington Kingsford Heights American Legion Post 434.
He is survived by his children: Stephanie (Mike) Mucha of Plymouth; Tammy (Josh) Goins of LaPaz; Angela (Mike) Heiser of Elkhart; Rebecca (Mike) Tunis of Plymouth; Robert (Donna) Knowlton of Howe; grandchildren: Dustin, Amber, Kayla, Eric, Madison, Jennifer, Taylor, Sean, Jonathon, Andrew; great-grandchildren: Dominik, Mersaydes, Bellamy, Hunter, Levi, Chase, Bryan, Adriana, Faith, Hope, Grace, Carter and Harmony
Richard is preceded death by his wife of 25 years Lucinda and his wife Charlotte, his parents, son Richard Jr. and great-grandson Chase.
Visitation will be held on Saturday, August 27, 2022 from 11-1 pm at the Johnson-Danielson Funeral Home, 1100 N. Michigan Street, Plymouth. Funeral services will immediately follow with Pastor Tim Lee officiating.
Burial will take place in the New Oak Hill Cemetery with military honors conducted by the U.S. Army and the Plymouth Am. Legion Post #27.
Memorial contributions can be made to the Leukemia & Lymphoma Society, 11550 N Meridian St. Carmel, IN 46032.
Condolences may be sent to the family through the website:  www.johnson-danielson.com<http://www.johnson-danielson.com>