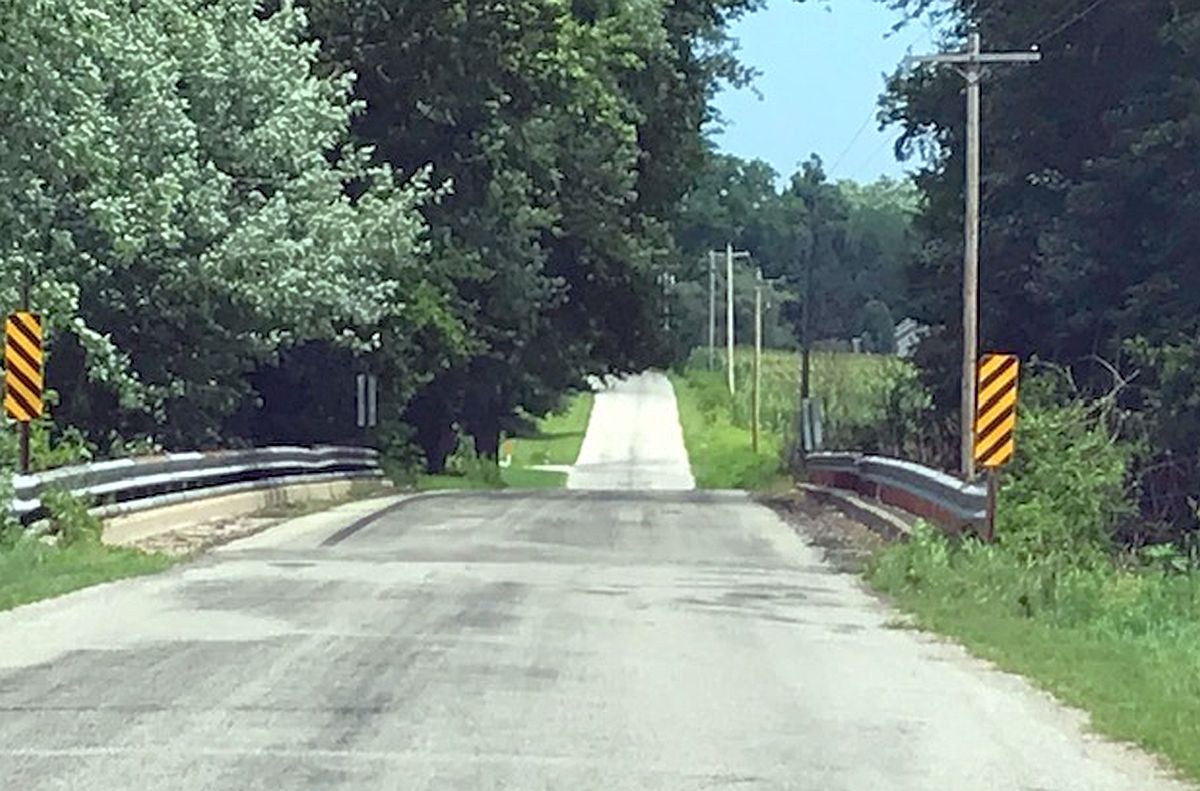 Jason Peters, County Highway Superintendent updated the Marshall County Commissioner on several of the bridge projects they currently have underway.

Peters said bridge #301 on 17th Road east of Ironwood has been repaired.  The bridge was damaged on December 10, 2021, in an automobile crash.  The driver’s insurance, Progressive paid for the repairs which were about $25,000.  Peters needed the Commissioner to sign a release form to receive the funds for the work completed by Milestone.

The timber sidewalk has been an issue on the Baker Street Bridge in Plymouth for a few years and Superintendent Peters said he plans to remove the sidewalk and get down to the original deck to seek what the issue is.  The reason they added the sidewalk overlay was due to the camber in the bridge structure.

Peters told the commissioners Milestone requested a changing the pour sequence on Bridge # 73 on King Road.  They want to pour end to end including the approaches.  He said this request was reviewed and approved by INDOT and USI Engineers.

Bridge #87 on 11th Road and Bridge #120 on Upas Road are still being planned as a joint project.  Peters said the Stage 3 documents with final tracing were sent for the commissioner’s review and signature.

County Attorney Jim Clevenger reported that Bridge 87 requires the purchase of additional right-of-way from 5 landowners along 11th Road on each side of the road and each side of the river.  One landowner accepted the appraisal.  The county filed 4 condemnation cases against the landowners that did not accept the original offers.

Clevenger said there have been negotiations with all 4 landowners.  They have oral agreements for administrative settlements with two of the landowners.  He noted the revisions were approved by INDOT.  The attorney received the revised paperwork on Friday and will share it with the two parties.  He plans to proceed with processing those parcels.

Clevenger said negotiations continue with two landowners, Olive Trail Farms LLC is one of the parcels in which negotiations continue.  Patty Wright had requested to be on Monday’s Commissioner’s meeting agenda.  He was able to speak with her on Friday and said they need to schedule another executive session to continue with negotiations.  Clevenger said it appears her concerns are with a public kayak launch.  They will meet Tuesday, September 6th after the regular commissioner’s meeting.

Sherry Hess who has a home adjacent to the 11th Road Bridge attended the Commissioner’s meeting on Monday and during the public comments said she spoke to the County Attorney prior to the meeting, and they are in agreement.  She said she wanted to make sure the stipulations that were discussed were put into the agreement.  The Hess’ have some concerns about the public kayak launch also.  Sherry said she and her husband Rod are willing to sign the agreement yet this week.