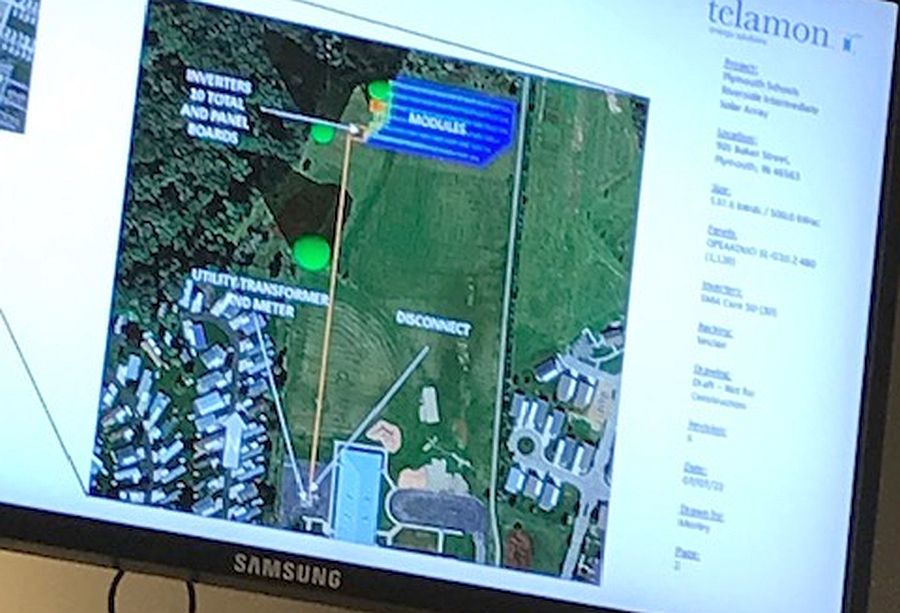 Earlier this month the Plymouth Community School Corporation was granted a few variances of development standards for the installation of new solar arrays at Washington Discovery Academy and Riverside Intermediate School.

Dave School, Director of Facilities for the school corporation attended the meeting along with Dr. Bruce Breeden Vice-President of Telamon Energy Solutions appeared before the Plymouth Board of Zoning Appeals.  The first variances to be considered were to permit medium solar arrays in residential zoning districts.  Breeden said he was surprised the school buildings weren’t in an institutional zoned area instead of a residential zoning district.

After reviewing the projects, the Plymouth Plan Commission fully supported having the medium size solar arrays in a residential zoning district.

The greenery variances were both unanimously approved by the Plymouth Board of Zoning Appeals.