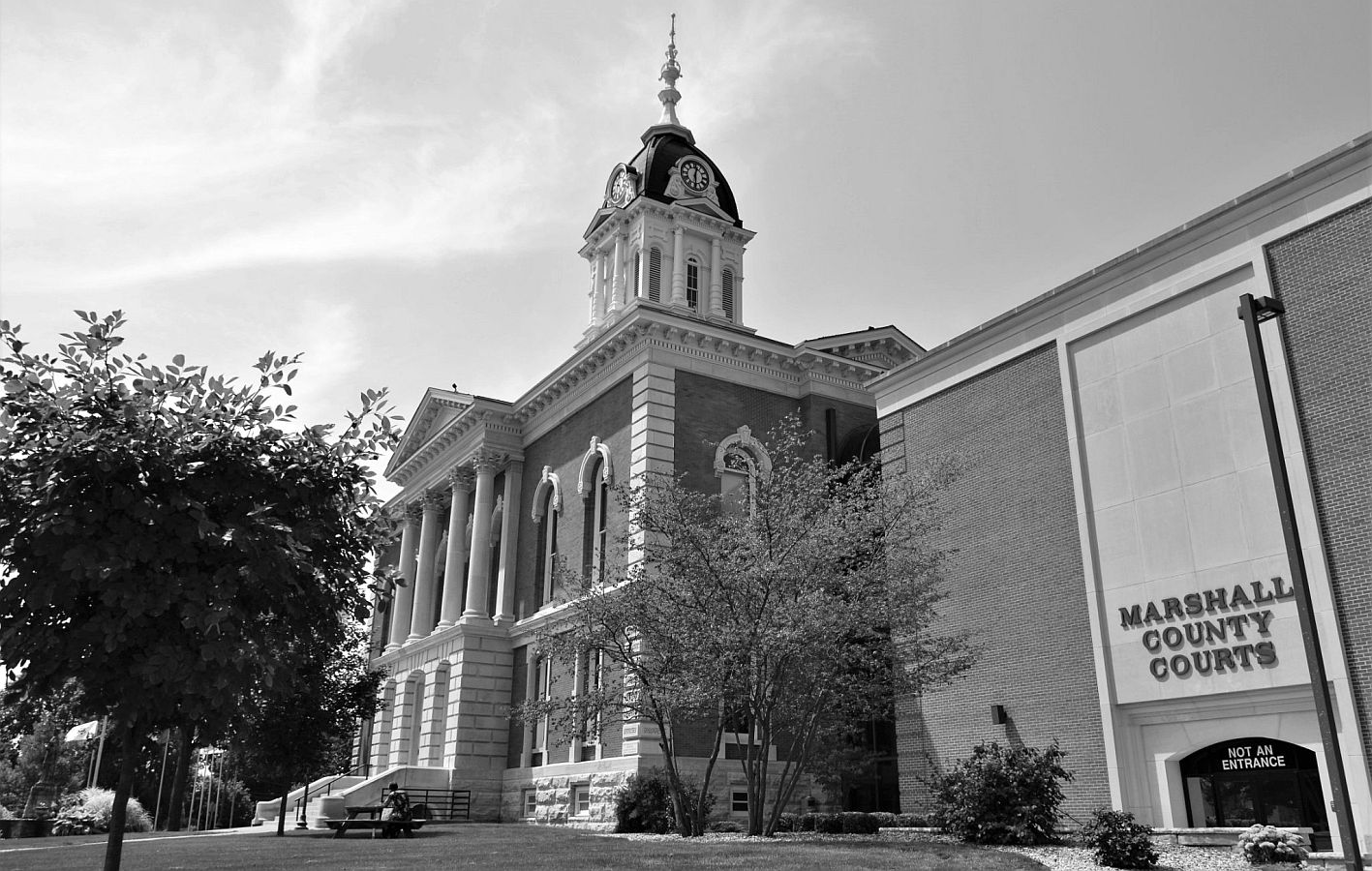 On Monday the Marshall County Commissioners recognized Midwest Maintenance and Stull Woodworks for the craftsmanship on the Clocktower and Courthouse renovation project.

Brian Stull from Stull Workworks of Troy, Ohio a custom architectural millwork business attended the meeting in person.  Commissioner Kevin Overmyer had asked him to attend so the Commissioner could publicly thank him and his company for all the work in replicating the historic woodwork of the courthouse.

Stull Woodworks used Accoya wood, a simple white pine that is grown in New Zealand on plantations, harvested, and shipped to the Netherlands where it is processed by acetylation which strengthens it and removes the food sources for bacteria and fungi.   Accoya is warranted against fungal decay for at least 50 years above ground.

Brian Stull said, “We are deeply honored to have the opportunity to do it.  It was a wonderful project.  We collaborate with Midwest often times and it always just goes so well.  This was an especially fun project.  It just seemed like you guys had the value and appreciation for what you own here, and we did it right. You should feel good about it.”

Jerry Hazeltine, Foremen with Midwest Maintenance from Piqua, Ohio was also presented with a plaque for their expertise on the Courthouse Renovation Project.

Commissioner Overmyer read the plaque that had the same message but the Midwest Maintenance.

Hazeltine said, “On behalf of us, Midwest Maintenance we’ve started a little something we like to give you guys.  We’re not completely done because the project isn’t completed.  We got you guys some pictures made up, one from the 1800s, working with the museum because you guys don’t have any pictures.  Here is a picture when you redid the stairway and one before the other building addition and pictures of the project now.”

Commissioner Overmyer asked Hazeltine if he had an update and he said they are still waiting for the last two storm windows to come in and the landscaper will be here later this week.  He said the contractor to repour the steps on the east side of the Courthouse is on the schedule for later this fall.