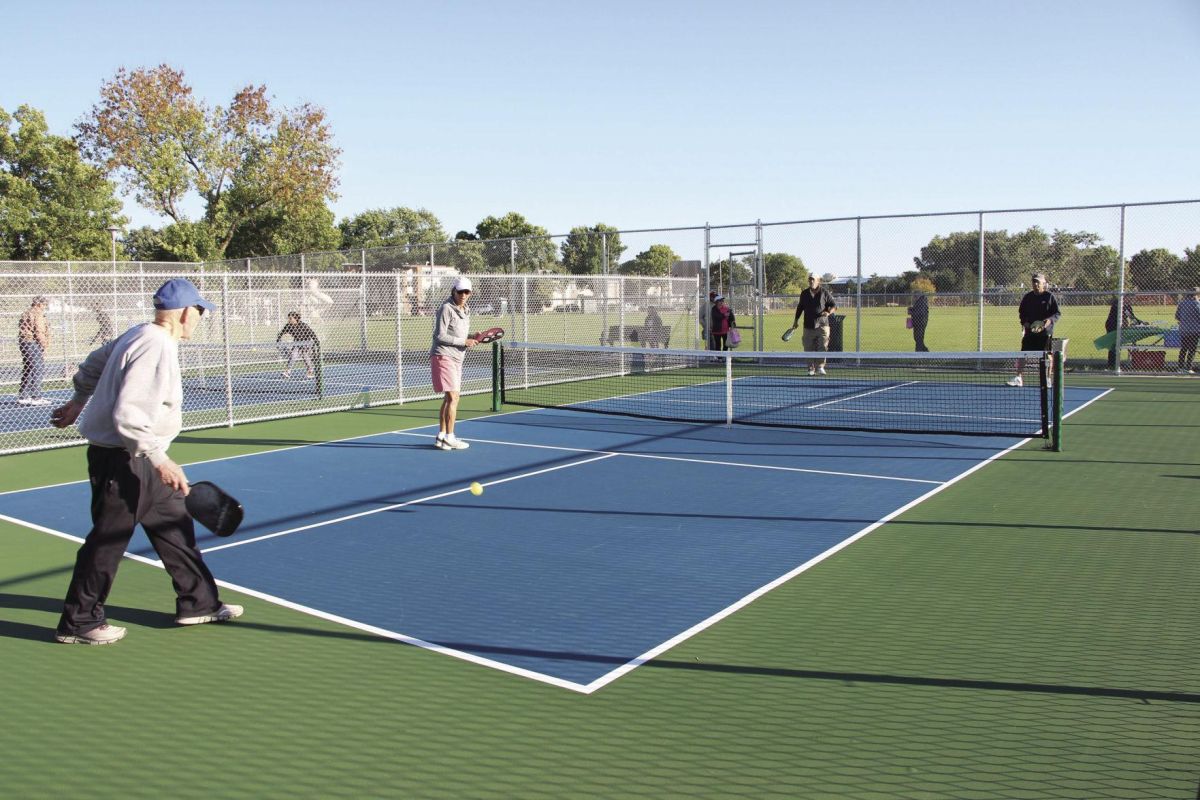 Stand-alone pickle ball courts may be coming to Centennial Park in Plymouth in the future.

A spokesperson for the group, Dave Miller told the park board that Pickleball is the fastest growing sport in the U.S.  He said participation encompasses all ages from teens to seniors in their 80s.  Miller said locally there are over about 50 players who play in the park or at LifePlex.

Currently, the group uses 5 tennis courts that have the pickleball court lines painted on them.  He said, “While it has worked out well, the downside is they are at the beacon call of the tennis folks which is understandable because the school does pay the park for use of the facility.”  The second issue is the confusion of the lines on the court.  The pickleball courts are smaller and the lines are a different color than the tennis courts but there is confusion about the lines during play and the height of the net is 34 inches in the middle and 36 inches on the sides, not the same as tennis.

Last Thursday there was a potluck dinner with about 40 in attendance and after dinner, many players participated in pickleball.  The group is in the process of forming a local club to be more official.  Miller noted that many of them go to other towns to play on their outdoor dedicated courts including Warsaw, Knox, Rochester, Winamac, and South Bend.

The group had two reasons to speak to the Plymouth Park Board, seeking approval to proceed with building dedicated pickleball courts at the tennis complex and approval to set up an account for the park to receive donated funds through the Marshall County Community Foundation.

The group passed out a four-court and five-court layout in a space that was originally going to be used for a youth tennis program.  Miller said there are advantages to using the site including lighting, and restrooms, some of the existing fencing and site work would be at a minimum because it is already graded to level.

The estimated construction cost is just under $200,000.  Miller said they are hoping through volunteers and in-kind donations they can cut the cost.  He said an annual tournament could cover the maintenance costs.

He was hoping the park board could put something in next year’s budget for the project, but it was commented by Superintendent Mike Hite that they are already well into the 2023 budget process.

Park Board member, Mike Kershner said pickleball courts are in the park’s 5-year plan. He was supportive of the idea and would be a positive for the park.

The Plymouth Park Board unanimously approved a motion accepting the location at the tennis courts.  The second motion approved was working with the Plymouth Park Department, Pickleball Club, and Community Foundation on funding opportunities.

For additional information contact Jenny Hollabaugh at 574-952-0137 or jbholla64@gmail.com