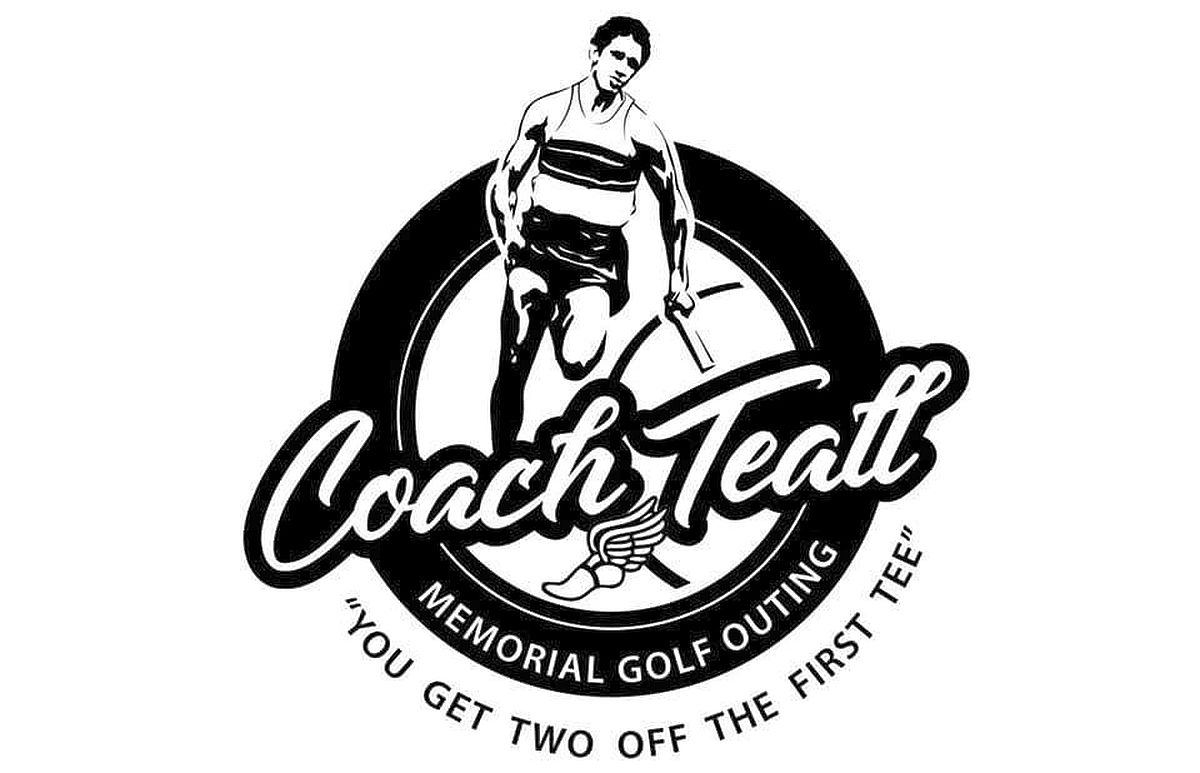 Almost three years ago Plymouth sports lost one of its icons with the passing of coach and teacher Russ Teall.
The impact that Coach Teall had on the lives around him was evident and was a motivating factor behind continuing that impact with a scholarship in his name.
“Everybody knew my dad, he had an impact on a lot of people, probably even more than we thought especially when he passed,” said his son Eric. “We got letters and private messages with all kinds of stories after he passed and we were like ‘wow’ and it was so cool to hear all of those stories.”
“Dad coached everything but he was passionate about track and field,” he said. “My brother, mom, and I got together and felt like we had to do something. Even though he may not have been really good at it he loved golf so we decided we wanted to start a scholarship for Dad.”
Swan Lake will host the second Coach Teall Memorial Golf Outing on Sept. 2 with a check-in time of 10:30 a.m. and a shotgun start at 1 p.m.
The criteria to receive that scholarship fits the philosophy Russ had as a coach.
“Dad always loved coaching athletes but what he really loved was getting the most out of everybody,” said Eric. “Treating everybody the same. If you met my dad you knew that was what he was about. If he knew the best a kid could get was 12th place at conference he pushed him to get 11th. If he earned a point for the team he made sure that everybody knew it, that was the kid he talked about. That’s why a lot of people loved my dad.”
While Russ did literally coach almost everything, especially basketball and track at the high school level, the scholarship is singled out for Plymouth High School track athletes.
“We wanted to do a scholarship for a track athlete at the high school and it doesn’t necessarily go to a runner that won all the awards,” said Eric. “We wanted somebody who was respected by his teammates, his coaches, and his peers. We feel like we’ve done a pretty good job choosing those kids.”
The amount of $4000 belongs to scholarship recipients, a thousand every year, for a four-year school or a two-year or technical school.
Last year’s winner was Grant Keirn, a two-sport athlete at PHS as a swimmer and track athlete.
“He’s going to get into airport management,” said Eric. “He is also going to play in the tournament this year and talk before the round and bring everybody up to date on what he’s doing and that’s something special, people will be able to see how their contribution is affecting somebody and helping them reach their goals in life.”
This year’s outing will take place during Blueberry Festival weekend.
“Dad loved the Blueberry Festival too so it just seemed natural to put the two events together,” said Eric.
Team entries are limited and filling up fast and sponsorships are also available for the outing. To enter a team or be a sponsor or get more information you can go online to coachteallmemorialgolfouting.com, email coachtealllegacy@gmail.com or call 574-383-9106.