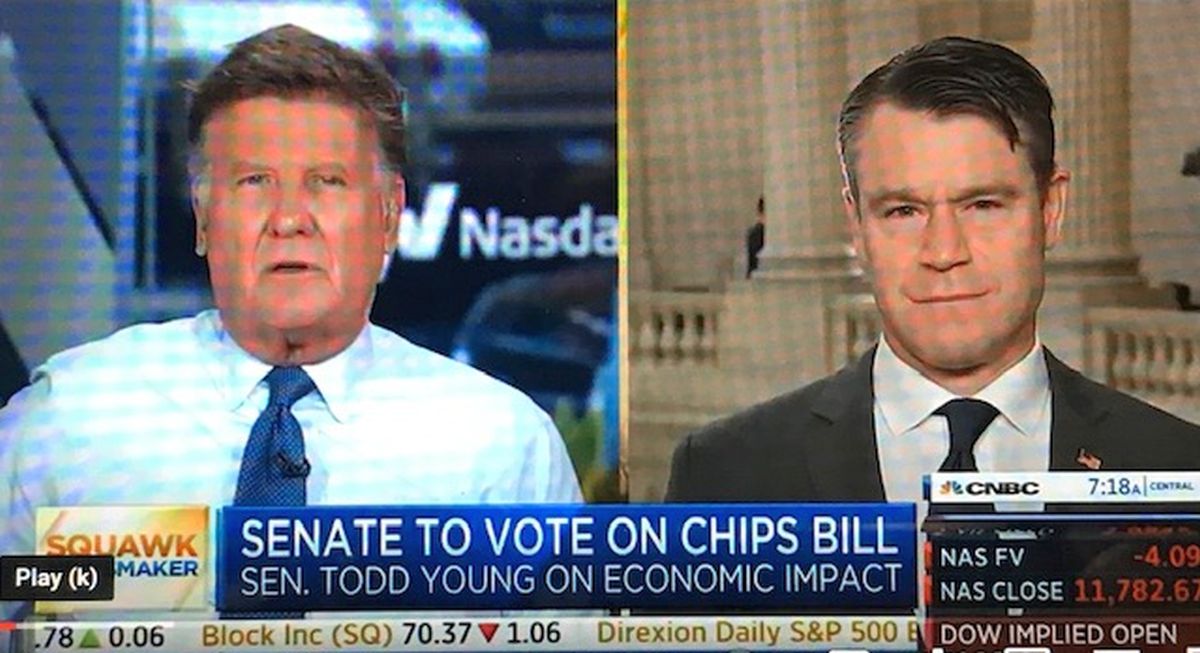 Tuesday morning, U.S. Senator Todd Young (R-Ind.) joined CNBC’s Squawk Box to discuss how the passage of his China competitiveness bill will invest in and expand American research and development in key technology areas and enhance our national security. A procedural vote to advance the legislation will occur later today in the U.S. Senate.

Excerpts of Senator Young’s comments are below:

“We source all of our high-end computer chips, mostly from Taiwan, some from South Korea. And we just can’t be that dependent on a country so far away from the continental United States for our missile system chips [and] for the components that go into our radars and our aircraft.”

The full video of the interview can be found here.