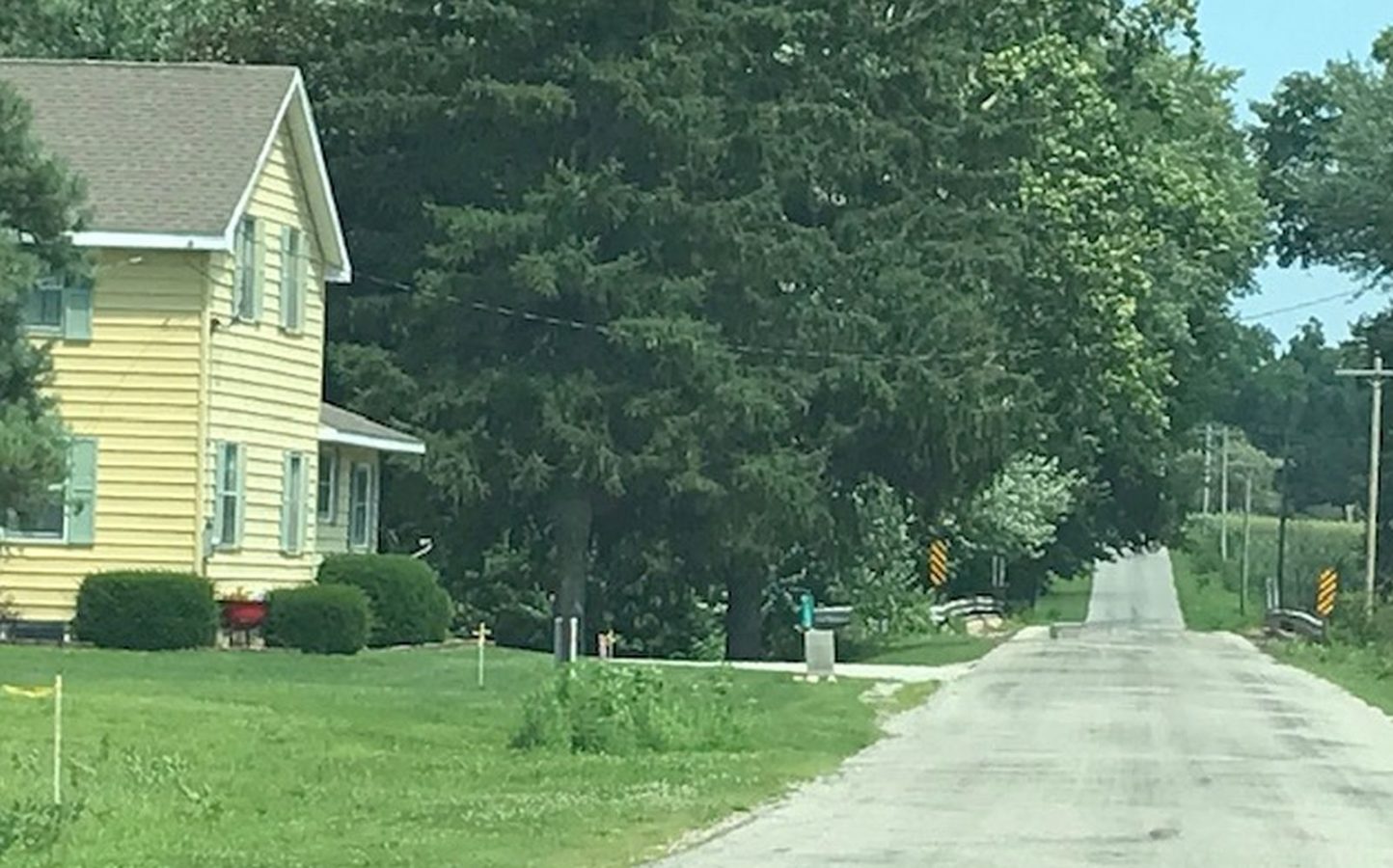 A discussion of the 11th Road Bridge (#87) project, over the Yellow River, was brought to the table during the County Commissioners’ meeting Monday by Rod and Cheryl Hess.

Rod and Cheryl Hess live at 14252 11th Road and told the commissioners they are not in agreement with the price that was offered for their land that is needed for the 11th Road Bridge projects. Mrs. Hess said while they aren’t in agreement, they did present a counteroffer to USI and didn’t hear anything until they were served with a summons.  They are being sued by Marshall County for condemnation of their property for the bridge project.

County Attorney Jim Clevenger said they can’t get into a lot of discussions since there is pending litigation on the issue.  He offered to speak with Mr. & Mrs. Hess in private.  While they continued to make comments and ask questions he told them their counteroffer had two conditions that couldn’t be approved.

Rod Hess said, “Who are you commissioners to tell me what the value of our property is and the value of farm ground?”

The attorney said there is a process for condemnation that they must follow.  Part of that process is that the judge will appoint three appraisers and if the Hess’s want to obtain their own appraisal they can and use that in the court process.

Cheryl Hess told the commissioner that USI has been very unethical and disrespectful to them.

The new bridge will be 12 inches wider on each side and moving all that to the southside doesn’t meet the federal requirements.  Mrs. Hess said the county standards say a home must be 50 feet from the road and you are moving the road closer to our home. She asked, “Where is the respect for we taxpayers on this?”

Rod Hess said, “For $25,000 you could have had this all settled and done.  Go to your ARP funds and find the money.  You find it for everything else.”

Cheryl Hess said the county hasn’t maintained the bridge for years.  She said there hasn’t been a pebble of stone put under that bridge in 40 years.  You need a new bridge because of the lack of maintenance from the county.”

Commissioner Kevin Overmyer told the Hess’ that the road isn’t going to change.  They are going to pave the gravel berm and that should keep any stones from damaging your home when the snowplow comes through in the winter.

When leaving the table, Rod Hess said, “Let me leave it with this, Mr. Commissioners, it’s going to cost you a lot more than what you’ve offered.  I know the other farmers are seeking litigation and it’s going to be a rough road for you.”

During the County Attorney’s report, Jim Clevenger said he filed 4 complaints for appropriation against the landowners on both sides of the 11th road bridge so that the new bridge can be constructed to legal specifications.  One landowner accepted the county offer ahead of the deadline.  One landowner may drop an unacceptable condition to have a driveway entrance reserved for the area we plan to take, and that landowner expressed a willingness to accept a slightly revised offer.  Clevenger said, “If so, we still have three cases still pending.”