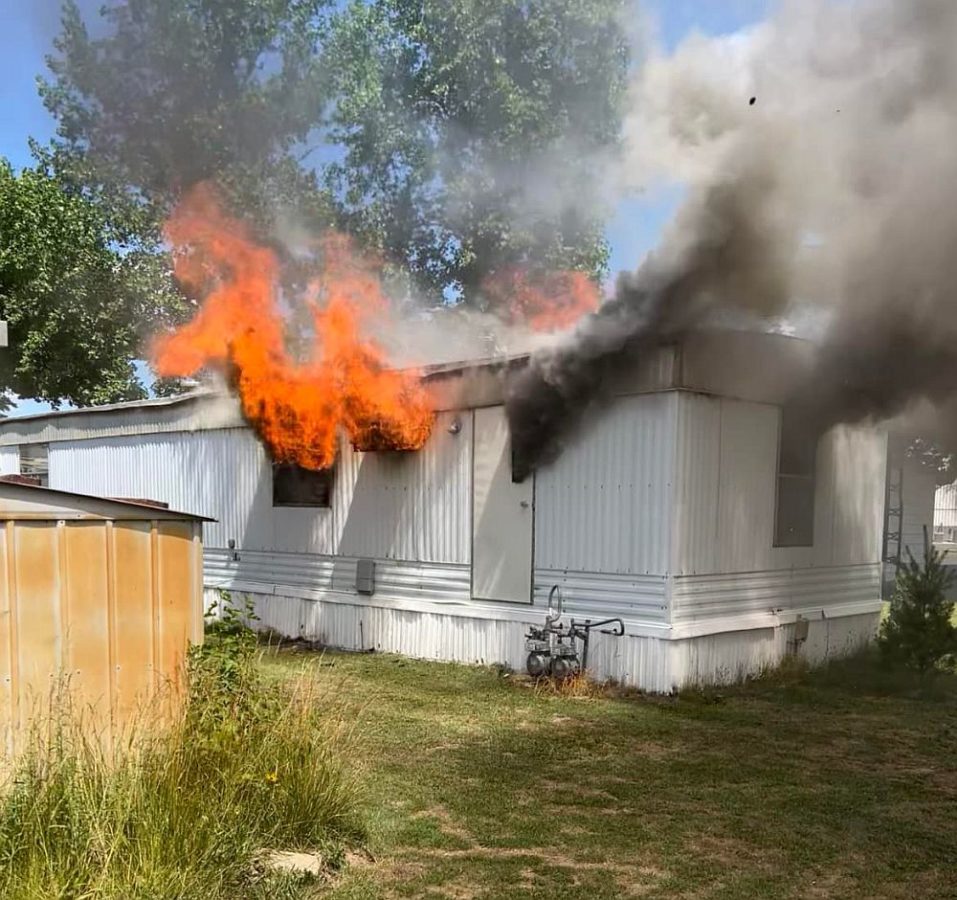 At 12:27 the Plymouth Fire Department was dispatched to 700 Berkley Street, to the property owned by Tricia Cramer.

Arriving on the scene, the firefighters on Engine 150 quickly knocked down the blazing fire that was coming from the rear windows of the duplex, single-wide trailer.

The duplex trailer was occupied by both renters at the time of the fire.  It appears the male in the front portion broke a window to gain access to the back portion and woke up the sleeping man telling him to get out.  He may have possibly saved his life.

No injuries were reported, although the fire did cause smoke and fire damage to the surrounding structures.

It is unknown how the fire started at this time.  Plymouth Fire Inspector Chuy Garcia said he will be looking for a cause, but said the damage was extensive and he’s unsure if a cause can be determined.