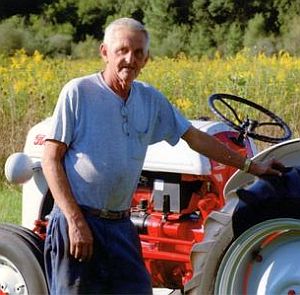 Terry Woolley, 75, of Plymouth passed away on Wednesday, July 6, 2022 at home. Born August 22, 1946 in Plymouth, Indiana he was son of the Walter and Dorothy (Birk) Woolley. He attended Lakeville High School graduating with the class of 1954.

On September 24, 1967 as he was cruising past Dairy Queen, he ran into this wonderful woman Mary. They were married on March 30, 1968 at Sunrise Chapel in Plymouth.

Terry worked on anything that had an engine, from cars, tractors and lawnmowers. He also drove his own Semi for many years before he retired. He was known as story teller that didn’t know a stranger. Terry was a stubborn but kind hearted man that would do anything for anyone. In fact, that was one of his strongest attributes that his family would love to carry on.

Terry is preceded in death by his parents, brother Ronald Woolley.

Online condolences may be sent to the family at www.johnson-danielson.com