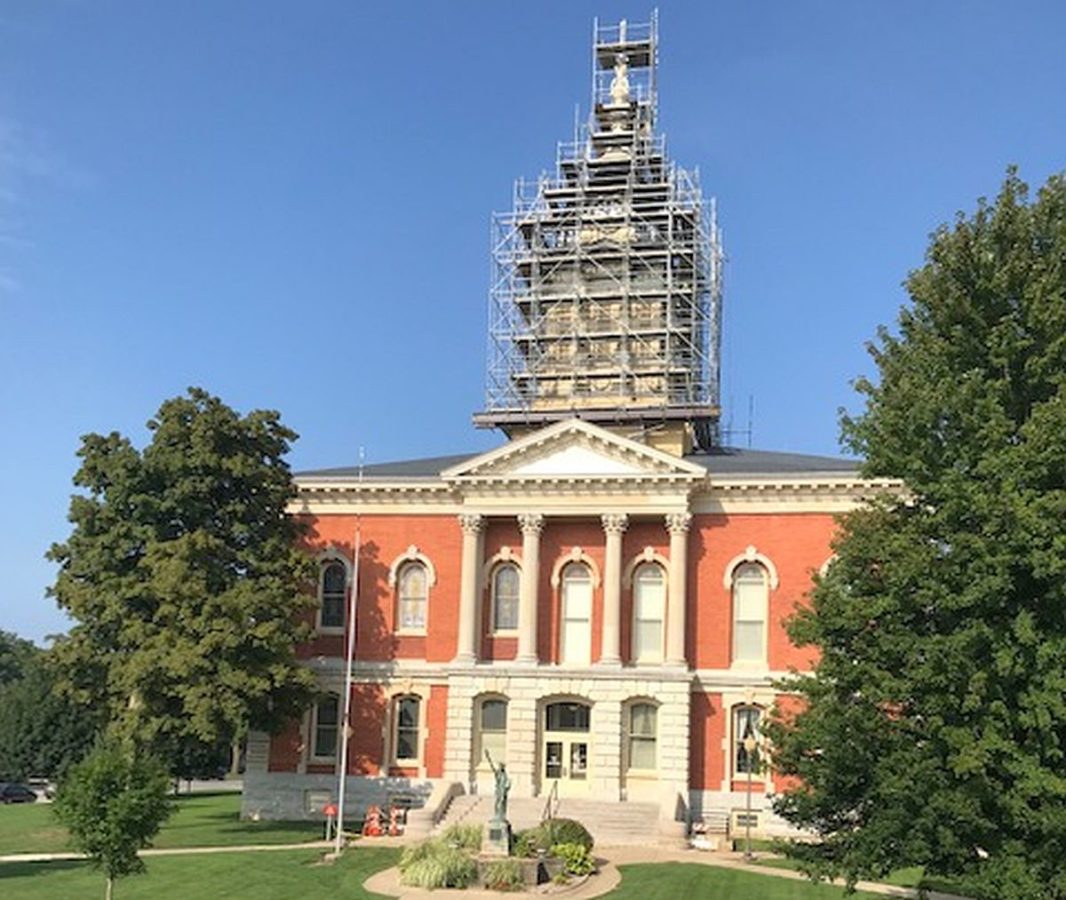 Jerry Hazeltine, project foreman with Midwest Maintenance appeared before the Marshall County Commissioners on Tuesday with a progress report on the Courthouse and Clocktower renovation projects.

Hazeltine told the commissioners everything is moving along according to schedule.  He said the columns were put in place last week, so the carpenters are finished.  This week the painters are here working.  While some of the upper scaffolding has been removed it’s anticipated that most of it will be removed next week.

Hazeltine said there is still some stonework to be completed and then the cleanup process.  This week they should be resetting the clocks and turning on the bells again.  Midwest Maintenance should have the entire project completed by the end of the month.

There was also a discussion on the stairs on the east side of the Courthouse.  Commissioner Kevin Overmyer asked if there was a price for fixing the steps and Hazeltine said there are pricing out a few options.  He said, “They’re deteriorating bad and they’ve been patched so many times.”    The three options are replacing the limestone steps with new limestone, turning over the steps that are in place and reusing them, or putting concrete in place of the limestone.

The damaged stairs are what caused the steel I beam to rot out beneath the steps on the east side.

Commissioner Overmyer asked if the steps would be outside of the current contract and Hazeltine said there might be some funds left from the project to make the improvements.  That is currently being reviewed and Midwest Maintenance will have a better picture when they receive the final figures on the three options.  It’s anticipated they will report back to the commissioners at their July 18th meeting.