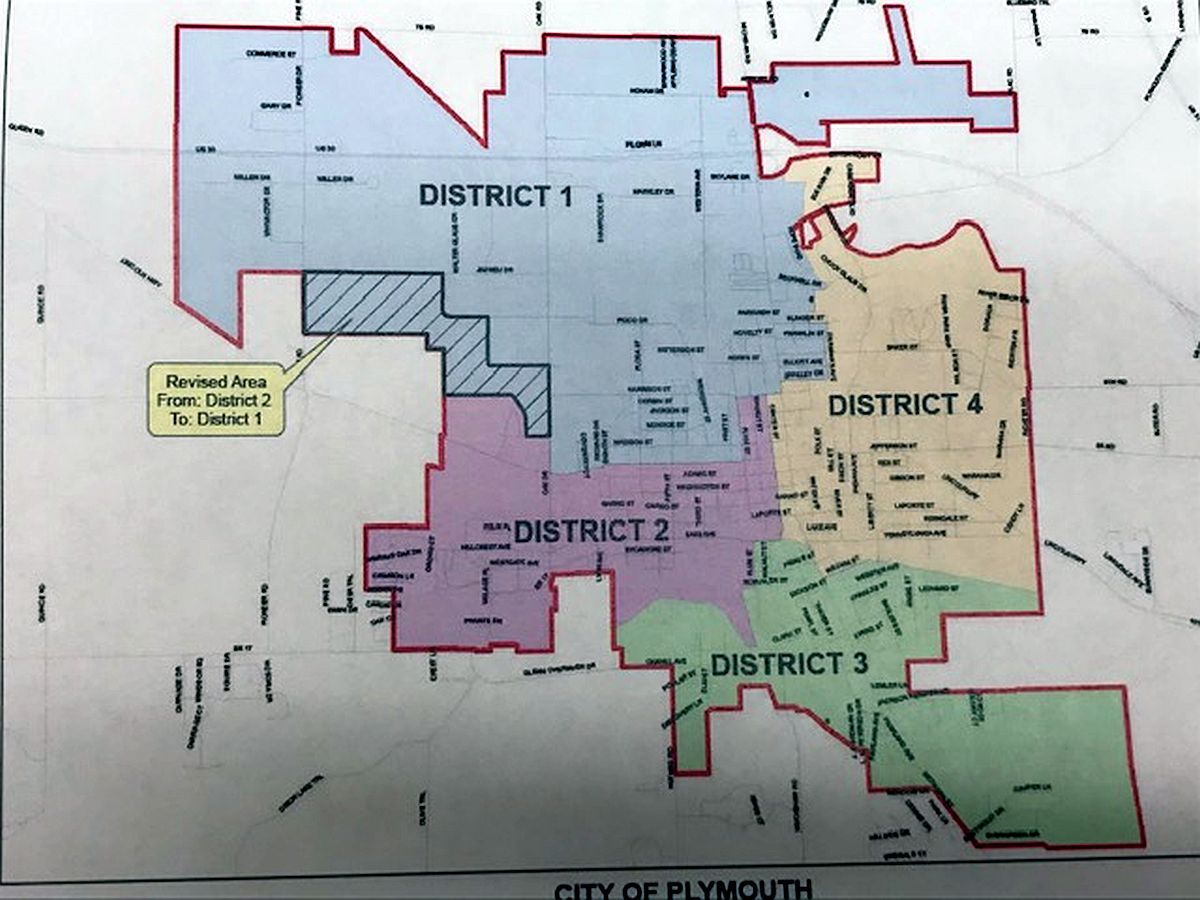 Members of the Plymouth City Council received their first look at an ordinance proposing minimal changes to the four city districts for election purposes following the 2020 census.

Monday evening city summer intern David Palladion presented the plan to balance out the four districts by population.  State and federal constitutional provisions require districts to be as equal in population as practical.  If the city would be divided into four, exactly equal council districts, each district would have 2,553.5 people but of course, that exact result is impossible.

The City Council was presented with only a minor change in two of the four councilmanic districts to maintain a legally acceptable level of variation between the smallest and largest districts.

While the city council only saw the proposed changes to the election districts on the first reading, once passed they will become effective in the municipal elections to be held in 2023.

The council could consider the ordinance on the second reading at their meeting on July 11th.