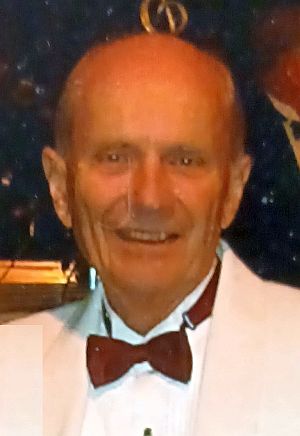 Dick was born the son of Harry and Gladys (Shanks) Craft on August 8, 1934 in South Bend, IN. He was a lifelong resident of the Plymouth area and graduated from Knox High School, then went on to graduate from Ball State University and also received a Master’s degree from St. Francis College in Ft. Wayne, IN. He married Welma Abert on January 4, 1958. He taught typing at Culver Military Academy as well as teaching Driver’s Education for 42 years at C.M.A., he also taught Physical Education at Washington, Webster, and Jefferson in the Plymouth School Corporation. He served in the United States Army from August 2, 1955 through August 1, 1957 at 5th Army Headquarters in Chicago as an auditor. He was a member of the Moose and Elks Lodges in Rochester, IN. He went skydiving at age 70, and he traveled internationally to 50 countries after being a counselor for the American Institute of Foreign Studies. He enjoyed cooking, smoking ribs, HAM radio operating, SCUBA diving, international travel, and along with Wilma, enjoyed traveling for ballroom dancing.

Dick was preceded in death by his parents.

Direct cremation has been chosen and no services are planned.

Friends are invited to sign the online guest book and share memories with the family at: www.deatonclemensfh.com