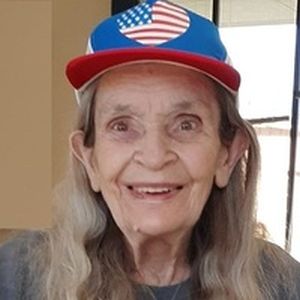 She was born June 17, 1929, in Colliers, West Virginia, to Elmer Lee and Bessie (Peel) Jackson.  She had one sister, Agnes Jackson, all of whom preceded her in death.

Charlotte was married to Harold Dean Clevenger, Sr., and they lived in the Lapaz and Bremen area most of their lives.  He preceded her in death on March 11, 2012.

Charlotte was the mother of one son, Johann Backer, and four step-children:  Virginia “Gin” (and Gary) Sullivan of Rochester; Harold D. “Butch” (and Karen) Clevenger of Walkerton; and James (and Linda Mullen) Clevenger of Bremen.  Also preceding her in death was her stepson, Larry Clevenger of Inwood, and a daughter-in-law, Starrene Clevenger of Plymouth.

At the Veteran’s Home, Charlotte would collect small bingo prizes, gifts given from the community (blankets, socks, gloves, hats, and candy) and then pass them out to her family.  She also loved tea, honey, and cell phones.  Charlotte never figured out how to reload minutes onto a cell phone so she bought inexpensive, flip phones, monthly. Except for the phones, Charlotte was always trying to save money and would drive 17 miles, one-way, to save a dime on a bottle of ketchup.  She loved Walmart except for when their riding carts were not available or, worse, not charged.  And then she gave them “what for!”

A strong Christian, Charlotte’s favorite words of wisdom were, “Drive like hell. You’ll get there.”  These words came from the woman who was caught driving eastbound in the westbound lane of U.S. 30, more than once.

Both Harold and Charlotte were very proud, gun-totin’ Americans who supported the NRA, Disabled Veterans and the church.  He had been a “Merrill’s Marauder” in WWII and they had attended military reunions for years.  They also loved lottery tickets, growing a garden, hoarding anything, and keeping cats.

Charlotte is being cremated and her ashes are being interred with Harold at the National Cemetery in Lafayette, Ind.  It will be a private service.