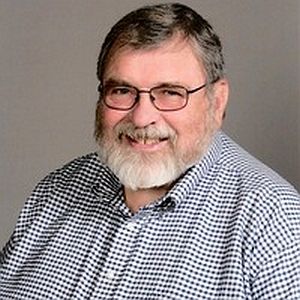 His was a life lived in the luminescence of honor, the cloak of dignity, and the pursuance of justice. Yet he was also a man with a gracious and generous heart, one who loved his family with fierce devotion. There is so much more that could be said in the celebration of David R. Holmes’s journey of life. For all of the many among us who were so fortunate to know and to love him, we could easily reflect on his years dedicated to civic services and worthwhile causes, but above all else, we assuredly know this much. He will be missed forever. David Richard Holmes passed from his Earthly life into the greatest hereafter on Monday, June 20, 2022, at approximately 11:10 p.m., after a lengthy bout of illness, one he fought courageously to the end. Visitation will be on Wednesday, June 29, 2022, from 3:00-8:00 p.m. at Mishler Funeral Home, 2030 St Rd 331, Bremen. A Mass of Christian Burial will be held at 11:00 a.m. on Thursday, June 30, 2022, at St. Dominic Catholic Church, 803 W. Bike St., Bremen.

David, more commonly called Dave, was born on January 21, 1943 in South Bend, Indiana to Howard Johnston and Eunice Carol (Lauber) Holmes. He was a 1960 graduate of South Bend St. Joseph’s High School and a 1964 graduate of Purdue University, where he earned a Bachelor of Arts degree in 1964. He went on to further his studies at the University of Notre Dame, graduating as Juris Doctor in 1967. He was admitted to the bar that same year.

On February 8, 1964, in St. Patrick’s Catholic Church of South Bend, Dave was united in marriage to Janice Kay Lant. She survives, along with their three children, Daniel Holmes and Jennifer Holmes, both of Bremen, and Jill (Ted) Snyder, also of Bremen. They have four grandchildren, Jessica Holmes of Bremen, Haley (Jimmy) Ford of Bremen, Matthew Snyder of Bremen, and Lily Snyder of Bremen, and one great-granddaughter, Dawsyn Willa-Grace Ford of Bremen. A great-grandson is due to arrive in November. Dave is also survived by his sister, Carolyn Rodefer, two nephews, Rick and Robert, and a niece, Lisa (Scott) Hughes. Dave was preceded in death by his infant daughter, Kara Anne, who died on July 30, 1965; his father, Howard, on July 26, 1962; his mother, Eunice, on October 26, 2005; and his brother-in-law, Robert Lant, on November 28, 2015.

Dave and his young family arrived in Bremen in 1967, where they created a strong foundation of faith and community that has remained steadfast ever since. He began his law practice there, and later developed partnerships with Christopher J. Walter and James P. Hayes before shifting his primary focus to his original office in Bremen. Dave became the Prosecuting Attorney for Marshall County from 1971-1982, was the Deputy Prosecutor in 1970 and again from 1982-1986, served as the Town Attorney for Bremen beginning in 1976, and was chosen to lead as the Marshall County Republican Chairman. Dave was an active member of the Bremen Lions and served on the Marshall County Tax Adjustment Board in 1968. He was also a member of the St. Dominic’s Men’s Club and put on a large men’s stag event every November. His passion for politics and activism was stoked in his young adult life. He was a lifelong Republican, an avowed fan of all things Notre Dame, including being a season ticket holder for both football and men’s basketball.

Dave and Jan often welcomed family and friends to their cabin at Beaver Dam, and he was always eager to join his closest friends every August for their annual trek to Canada, where the men enjoyed one another’s company while living off the land, traded favorite anecdotes, and fought for bragging rights on who would eventually capture claim for the biggest fishing catch.

Dave will be remembered for his mischievous yet joyful smile, his boundless love for his family, his wry and wicked sense of humor, and his introspective intelligence. His boisterous energy and enthusiasm to embrace life to the fullest will be the spirit that we strive to carry forth and the way we will choose to continue his legacy.