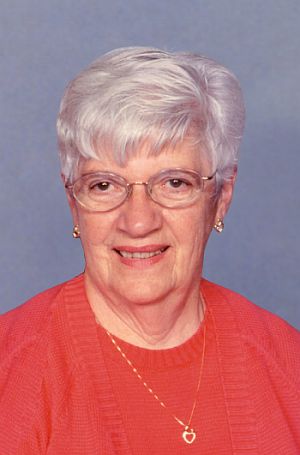 Lulu Belle Town, 88, peacefully went home to be with her Lord and Savior on Friday, June 10, 2022. She was born on December 11, 1933, to Lily Caroline (Johnson) and Russell Lacher. Lu attended Plymouth High School and was a graduate of the Class of 1951.
On September 12, 1953, she married her soulmate William (Bill) Gene Town in Plymouth. Bill was stationed in Sanford, FL in the US Navy and they lived there until his honorable discharge in 1956 when they returned to Argos and began farming relocating to Bremen in 1960.
Lu was always supportive of Bill’s wishes and desires and learned to participate in his love at that time whether it was farming, loving the lake and being the first to learn to water ski in the family, learning to ride a motorcycle, or becoming involved in the fencing/construction business, T & T Construction, they owned and even running a crew. She was an incredibly organized individual in all she did and happy/willing to feed anyone that showed up at their home. Over the years, she served hundreds of people from Navy buddies, hired hands, crews of T & T Construction, family, and friends.
Lu loved her children and grandchildren unconditionally and enjoyed watching any and all school and sporting events as well as cattle shows. Lu was always willing to take the grandchildren to appointments to help out her children. There was nothing that made her happier than to have her family all together or when one of them stopped by to visit.
Lulu Belle was a faithful and active member of the Riverside United Methodist and loved God deeply. She drove bus for the Bremen Public School System for many years and was a founding member of the Bremen Bible Class. She also served on the Bremen Hospital Auxiliary, Marshall County 4-H Fair Board, and the Bremen Historical Society Board.
Born to the union of the Lulu Belle & Bill’s marriage are Jackie Rensberger, Plymouth; Tina Balsley, Winnette, MT; William O. (Mary) Town, Plymouth; Douglas Town (deceased) and Sherry (Larry Swank), South Bend. Lu was blessed with grandchildren Shawn (Elizabeth) Mattern; Brian (Leslie) Town; Tom (Genie) Town; Clint (Tara) Town; Brandi Mattern; Angel (Joel Harman) Balsley; Travis (Lisha) Town, Lily Caroline Swank; and Chloe J Swank.
Also surviving are her siblings, sister Shirley Cox; brothers Wayne (Joyce) and Larry Lacher, all from Plymouth.
She was predeceased by her parents; son, Douglas Alan; grandson, Jaxson William Augustus Swank; sister, Irene Taylor; and brothers Robert Lacher and LaVerne Lacher.
Visitation will be held on Wednesday, June 15, 2022 from 10-12 pm at the Johnson-Danielson Funeral Home, 1100 N. Michigan Street, Plymouth. Funeral Services will immediately follow with Pastor Stephen Wilhelm officiating.
Burial will take place in the Richland Center Lodge Cemetery, Rochester.
The family would like to thank the caregivers that have taken care of Lulu Belle the past four months: Lori Faucett, Joey Balsley, Shacoda Betz, Melanie Dove, Autumn Leed, Rachelle Warrick, and Juanita Yoder.
In lieu of flowers, memorial contributions may be made to the Jaxson William Augustus Swank Foundation (JWAS), Attn: Jeanie Shuck, 3900 Edison Lakes Pkwy Suite #201
Mishawaka, IN 46545 or to Center for Hospice Care, 112 S Center St. C. Plymouth, IN 46563.
Condolences may be sent to the family through the website:  www.johnson-danielson.com<http://www.johnson-danielson.com>