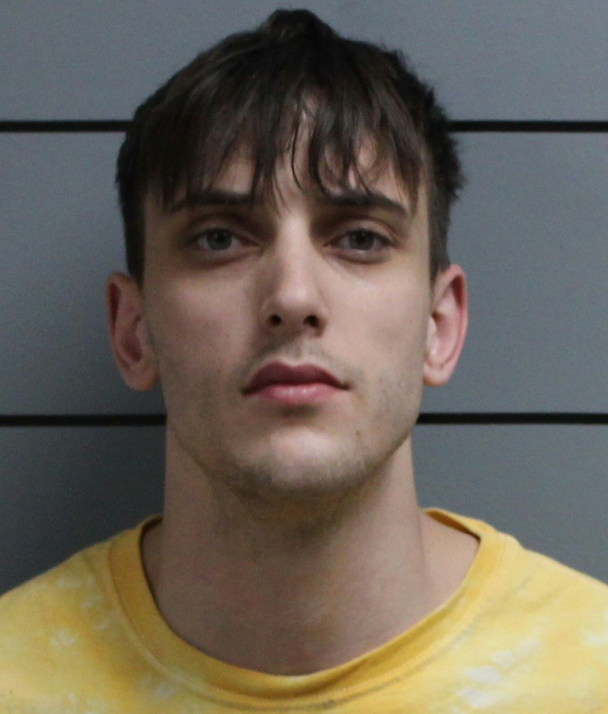 The arresting information for 22-year-old Dennis Kane Arnold of Queen Road in Plymouth details the “shots fired” incident that happened on Monday, May 23 in the 900 block of Ferndale Avenue in Plymouth.

Detective Ben McIntyre’s Probable Cause Affidavit details the events.  Shortly after 7 p.m., the detective was called by Corporal Bob DeLee of the Plymouth Police Department about a “shots fired” investigation.  It was alleged that Dennis Arnold, and possibly one other male had fired a handgun at Julian Arroyo outside the residence of 709 Ferndale Avenue.  Officer DeLee advised that two subjects they believed were involved in the shooting were currently in custody.

Officer DeLee said Mr. Arnold was attempting to cut a clothesline and Mr. Arroyo and Jordan Fitterling had confronted him and he began to shoot at them.  The rounds struck the residences of 709 and 710 Ferndale.  Corporal DeLee indicated that children were playing out front of 710 Ferndale when shots were fired.

While interviewing Julian Arroyo it was learned that he was in a relationship with Arnold’s sister, and they have two children together.  He told the detective he was in the backyard having a “few beers” with Fitterling.  They saw a red car drive slowly down the alley and after looking through the privacy fence and recognized the driver as Dennis Arnold.  The two ran into the house and came out the front door when they saw Arnold with a pair of hedge trimmers trying to cut a clothesline. When Arnold saw them, he pulled a gun from his waistband.  The two took off running and heard a couple of shots.  When Arroyo came back outside Arnold and Fitterling were gone.

While interviewing Mr. Fitterling he said he was in the backyard with Arroyo, and they saw a red car driving slowly in the alley. He said Arroyo had a gun in a holster on his hip and when they saw Arnold they ran into the house.  He took the gun from Arroyo because he thought he may have been drinking too much. They saw Mr. Arnold trying to cut a rope and when Dennis Arnold saw them, he reached into his waistband and produced a gun.  Fitterling said he saw Arnold point the gun at him and he took off running.  He also said the gun he had stayed in his jacket pocket the entire time.

Dennis Arnold was also interviewed by Detective McIntyre.  Mr. Arnold said he didn’t like Arroyo or the way he treated his sister.  He believed Arroyo had vandalized her car and possibly his vehicle too.  He also said he thought Arroyo had stolen some chairs from the porch where he lives.  He admitted to cutting the clothesline with the hedge trimmers.  Mr. Arnold said Fitterling got into his vehicle and took off, so he fired one warning shot into the air to stop him from taking his vehicle.  As he took off running down the alley, he fired 1 or 2 shots in the area of Arroyo.  He found his vehicle crashed around East Street and the alley.  The car was disabled, and he hid the gun, a Ruger Wrangler .22 caliber inside a grill near the alley.  The gun was located by Officer Arnold.

Detective McIntyre asked Dennis Arnold why he fired the gun and he said he was scared because he knew Arroyo had guns and was afraid he had one on him at the time.  When asked if he saw a gun, or if anyone pointed a gun at him, Mr. Arnold said he never saw a gun on Arroyo of Fitterling.

Dennis Arnold is lodged in the Marshall County Jail on a $3,000 cash bond for one count of Criminal Recklessness with a Firearm as a level 5 felony and one count of Pointing a Firearm at Another Person as a level 6 felony.   There was also a no-contact order placed on Dennis Arnold. He is not to have contact with Julian Arroyo or Jordan Fitterling.