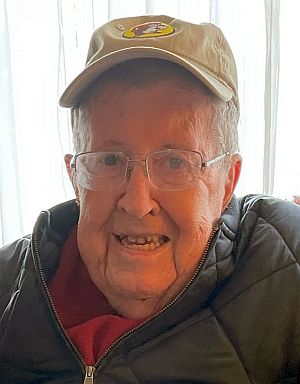 Donald was born to Olen O. and Nellie Ruth (Kepler) York on October 23, 1934 in Plymouth, IN. He was a lifelong resident of the area and a lifelong farmer. He also owned Sandy’s Café and worked at Kroger stocking shelves. He married Sandra S. Stayton on October 20, 1956, and she preceded him in death on August 14, 2016. He served in the United States Army from January 12, 1954 through January 11, 1956 and then spent an additional six years in the Army Reserves. He enjoyed golfing and spending time with family. He and Sandra spent winters in Florida, and he worked alongside Sandra at Sandy’s Café in Argos for many years.

Donald is survived by his daughter, Karen (David) Denney of Plymouth, IN; his son, Gary (Shannon) York of Indianapolis, IN; his grandchildren: Lindsey (Ross) Bennett; Austin (Julie) York; and Emily Denney; his great-grandchildren: Miles and Brooke Bennett.

Donald is preceded in death by his parents; his brother, Roger O. York; his sister, Marge E. Inwood; his daughter, Peggy York; and his son, Richard York.

Burial will follow in New Oak Hill Cemetery (Plymouth, IN).

Deaton-Clemens Van Gilder Funeral Home is honored to be caring for the York family and wishes to express our deepest condolences to them. We also wish to thank Donald for his dedication and service to our country.

Friends are invited to sign the online guest book and share memories with the family at: www.deatonclemensvangilderfuneralhome.com