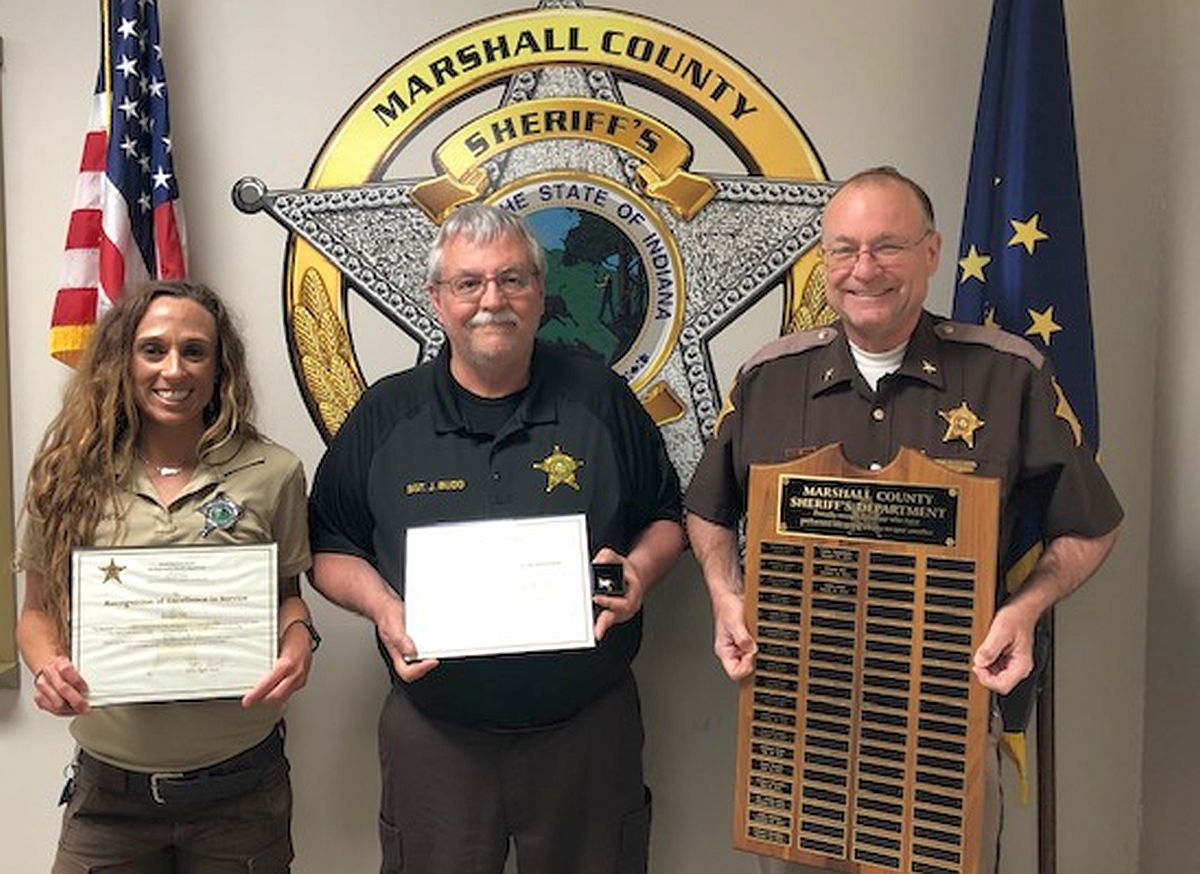 On March 25 of this year at approximately 9:09 a.m., Marshall County Central Dispatch received a call from a female at Gatewood Mobile Home Park advising that her pregnant daughter had gone into labor and her water had broken.

Dispatcher Budd answered the 911 call and began giving pre-arrival instructions. While on the phone, her daughter advised her mother that she needed to push.

Despite urging from the mother and Dispatcher Budd, the baby decided to make its appearance before the arrival of officers and Emergency Medical Service (EMS) responders.

A healthy baby boy with strong lungs was delivered. While waiting on emergency services, Dispatcher Budd gave pre-arrival instructions for care of the baby and mother until LaPaz EMS arrived. Budd was also presented with the Stork Pin.

On January 21 of this year at approximately 5:43 p.m., the Marshall County Central Dispatch received a call of a male having seizures at the Log House Restaurant in Argos.

Dispatcher Hite answered the call. While on the line the male became unresponsive and quit breathing.

Dispatcher Hite began giving Cardiopulmonary Resuscitation (CPR) instructions. While on the phone before EMS arrival, the male subject began breathing again and a pulse was found.

Upon the arrival of the Argos Police Department Officer, Narcan was administered. The male subject was transported to the hospital and survived due to the quick response of the 911 system.

Sheriff Hassel congratulated both Dispatchers and thanked them for the life-saving service.